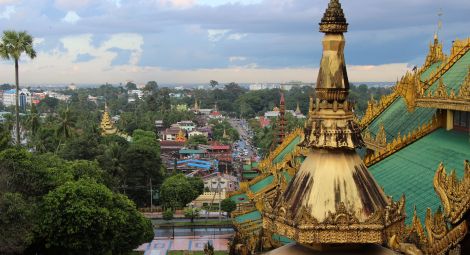 How ethno-religious nationalism has led to religious intolerance, crimes against humanity and genocide.

Burma (Myanmar) has been ruled for over half a century by a succession of military regimes which have consistently committed grave violations of human rights. Burma has also endured over 60 years of civil war between the military and many of the ethnic nationalities who seek autonomy and federalism. In 2015 a new civilian government was elected, in the first credible democratic elections in a quarter of a century; and the leader of the country’s democracy movement, Aung San Suu Kyi, a Nobel Peace Prize Laureate who spent 15 years cumulatively under house arrest, became the de facto head of government. Hopes were raised that a new era of democracy had arrived, in which human rights would be protected and peace achieved. After just three years in office, those hopes have been dashed as repression and the abuse of human rights continue, and peace seems further away than ever. Instead of democratisation, Burma has witnessed genocide and crimes against humanity.

At the heart of Burma’s conflict is the question of its identity – a question reflected in the continuing debate over the name of the country. Does Burma wish to be a multi-ethnic, multi-religious society in which the diversity of different ethnicities and religions is celebrated and people of all races and religions are granted equal rights, or does it wish to be a Burman, Buddhist nation which at best tolerates nonBurmans and non-Buddhists, or worse, seeks to repress, restrict and drive them out? Does it wish to be a democracy which respects the dignity and rights of all human beings, or does it wish to continue as a repressive dictatorship made even more repressive by religiously-fuelled hatred of the kind that led the country’s most prominent Buddhist monk, Sitagu Sayadaw, to tell the military in a sermon broadcast live on television to over a quarter of a million people that it is not a sin for Buddhists to kill non-Buddhists? Does it wish to be a society which sees people as human beings, or one where Christians are listed in an ‘ABC’ of dangers to society alongside HIV/AIDs and Hepatitis B?

Click here to download the full report - 'Burma's Identity Crisis: How ethno-religious nationalism has led to religious intolerance, crimes against humanity and genocide.'