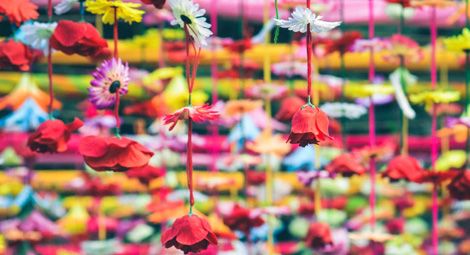 Garanath Challanseth, a Christian accused of the murder of Swami Laxmananda Saraswati on 23 August 2008, was released on bail by the Supreme Court of India on 21 May after 12 years of imprisonment. Despite the media citing police sources indicating Maoist involvement in the murder, Hindu fundamentalists blamed the Christian community.

The six other Christians who have been implicated in his murder remain incarcerated in prison. They have been identified as Bhaskar Sunamajhi, Bijay Sanseth, Buddhadev Nayak, Durjo Sunamajhi, Sanatan Badamajhl and Munda Badamajhl. The charges against them include murder and criminal conspiracy under the Indian Penal Code.

The death of Swami Saraswati, who was a controversial Hindu nationalist leader of the Vishwa Hindu Parishad (VHP), the religious arm of the Rashtriya Swayamsewak Sangh (RSS), sparked tensions which led to widespread communal violence against the Christian community in Kandhamal District that resulted in the death of over 90 people, 600 villages being ransacked, over 5,600 houses looted and an estimated 54,000 individuals left homeless.

Pratap Chhinchani, the lawyer for Garanath Challanseth in the Orissa High Court told CSW: “There is absolutely no worthwhile or cogent evidence on record to sustain the order of conviction passed by the trial Court. But, given the high profile and sensitive nature of the case, it was not possible to get the bail order earlier despite the best efforts. However, the present bail order of Garanath obtained from the Supreme Court is a positive development and I am confident that in view of the tainted and uncorroborated nature of evidence in the case, the appeals will be ultimately allowed by the High Court by setting aside the order of the trial Court."

John Dayal, a civil rights activist and writer in India, said: “Garanath’s release on bail gives us hope that the six others incarcerated for a decade in violation of Indian justice norms, will also soon be free. Their arrest and sentencing by the Sessions Court was a patent miscarriage of justice, and even vindictive as the ruling dispensation wanted to punish any seven Christians for the killing of a Hindu politician and godman. Laksmanda Saraswati’s murder by ultra-left Maoist assassins led to the blood bath of the Christian community in the district of Kandhamal in Odhisa, the most extreme example in the recent history of the community. Most killers of the Christians are still roaming free in this lopsided exercise of the dispensation of criminal justice. The High Court of Odhisa is still to take up the appeal of the seven that the case.”

CSW’s Chief Executive Mervyn Thomas said: “While we welcome Mr. Challanseth’s release, it has come at the expense of prolonged delays in the judicial system. The tragedy of Kandhamal and its aftermath continues to haunt many Christians who survived the attacks and we urge the courts to adjudicate the matter justly and efficiently so that the community can move on with their lives.”