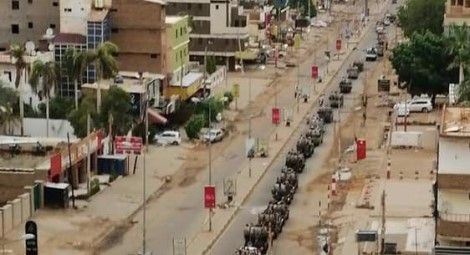 Open Letter to the United Nations on killing of democracy protesters

The attack on peaceful democracy protesters in Khartoum that began on June 3 that has reportedly seen the killing of at least 100 people and hundreds more injured demands a strong international response to immediately stop such attacks and ensure accountability for this and other violence in response to peaceful protests.

At least three cases of rape were also reported during an attack on the sit-in. The attack occurred as protesters were sleeping; they were subsequently pursued in their homes and in hospitals. At least three hospitals were attacked, with reports of doctors assaulted. Since then, key opposition figures have reportedly been detained and beaten.

These horrific acts clearly demonstrate the Transitional Military Council’s (TMC) lack of commitment to a peaceful transition to a civilian government and their determination to consolidate control by the harshest elements in the security services. It highlights the risk of further political polarization and of mass violent confrontation if urgent action is not taken in support of a peaceful transition to civilian rule.

The international community cannot afford to wait or to stay silent; the consequences of chaos in Sudan for stability in neighbouring states, the wider region, and global security would be extremely serious. No support should be provided for the TMC or elections in Sudan until a transitional civilian government is in place.

Cooperation with Sudanese authorities on migration management and other cooperation, except on lifesaving humanitarian aid, should be suspended, and violence should be condemned in the strongest terms. It should be made clear that the TMC cannot be considered a legitimate partner under these circumstances, and call for accountability for crimes committed. An immediate transition to civilian rule must be a pre-condition for international cooperation with Sudan.

Recalling the letter civil society sent to Members and Observers of the UN Human Rights Council (HRC) in January 2019, calling on it to dispatch an independent international factfinding mission to Sudan, we urge the HRC to hold a special session on the human rights situation in Sudan.

At this special session, the HRC should adopt a resolution requesting the UN High Commissioner for Human Rights to set up a fact-finding mission to monitor, verify and report on the situation in Sudan with a view to making recommendations on preventing further human rights violations and abuses in relation to peaceful demonstrations, and ensuring accountability for these violations and abuses.

The strong statements coming from governments around the world are welcome, though it is disappointing that the UN Security Council has failed to condemn the violence. The international community has a responsibility to call for an immediate stop to the violence against protesters, demand a release of all political prisoners, and do everything in its power to prevent the takeover of the government by military factions associated with the abuses and repression of the former regime. There is no time to waste.

Strategic Initiative for Women in the Horn of Africa -SIHA