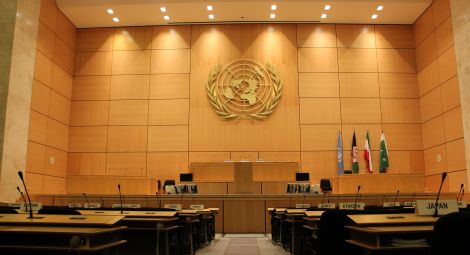 Agenda Item 3: Clustered ID with SR on freedom of expression and SR on peaceful assembly and association

CSW together with three other organisations with consultative status welcomes the Special Rapporteur on Freedom of Expression’s latest report, and echoes his concerns over the use of technologies by member states, including for targeted surveillance purposes.

As your report makes clear, Mr Special Rapporteur, “Perhaps no other environment demonstrates the comprehensive intrusiveness of these technologies better than China.”

Collectively, we wish to take this opportunity to echo these concerns over the use of surveillance technology in the People’s Republic of China, including the use of high-tech biometrics identification systems, facial recognition and gait recognition software. The use of these technologies to restrict fundamental freedoms is further compounded by China’s overbroad and vague Cyber Security Law (2017), and specifically enables both profiling and monitoring the movements of Uyghur Muslims. Most security checkpoints stationed along Xinjiang Uyghur Autonomous Region’s major roads now employ facial recognition cameras of varying sophistication. Cameras are to be installed at the entrances of 967 mosques in southern Xinjiang, as part of a $46m surveillance system to monitor public and private activity.

We are also concerned by installation of cameras at Christian churches across the country to monitor services, attendee numbers and their activities.

In 2018, six satellite campuses of Zion Church, one of Beijing’s largest churches, were shut down and hundreds of churchgoers visited by police after church leaders refused to install 24 closed-circuit cameras in the building at the instruction of the authorities.

Mr Special Rapporteur, what measures can this Council take to monitor the use of digital surveillance and address trends in, and individual cases of, human rights abuses facilitated by such technology?

We further urge States to take measures to prevent the marketing and export of surveillance technologies and ensure that companies conduct robust human rights due diligence; we urge companies to adopt strong human rights policies in line with the Guiding Principles, and to combat misuse of their technology to target and surveil defenders and other populations.