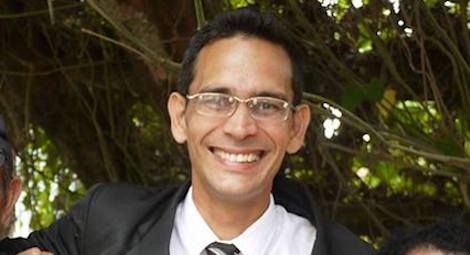 A Cuban religious freedom defender was arbitrarily detained at noon on Friday 12 July and has since been held incommunicado.

Ricardo Fernandez Izaguirre, a religious freedom defender based in Camaguey was taken off the street by state security agents after leaving the headquarters of the Ladies in White in Havana where he had been documenting violations of freedom of religion or belief (FoRB).

Mr Fernandez Izaguirre, who is married with an infant daughter, is a member of the Apostolic Movement, an independent network of charismatic protestant churches which the government has refused to register. He has documented violations of FoRB against his denomination as well those affecting other groups including the primarily Roman Catholic Ladies in White. Over the past decade, the Cuban government has forcibly prevented members of the Ladies in White from attending Sunday mass and other week day religious activities by arbitrarily detaining them and holding them for the duration of the religious services, often dropping them off in remote locations to find their own way home.

Church leaders and friends of Fernandez Izaguirre told CSW they had been unable to contact him since he was arbitrarily detained yesterday, saying that his mobile phone appears to have been disconnected. CSW has also been unable to reach him.
CSW's Head of Advocacy Anna Lee Stangl said: “CSW holds the Cuban government responsible for the wellbeing of Ricardo Fernandez Izaguirre. Violations of freedom of religion or belief have increased in Cuba over the past six months, and Ricardo has dedicated himself to travelling across the country, often at great personal sacrifice, sleeping in bus stations and skipping meals, in order to document these cases and to offer solidarity to the victims. We call on the authorities to release him immediately.”