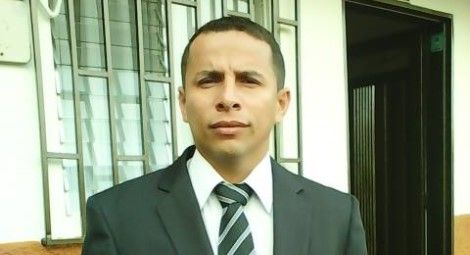 Pastor shot dead in his home in Taraza

CSW has learned that an evangelical pastor died on 10 August, after being shot multiple times in his home in Bajo Cauca Antioquia, northern Colombia.

The body of Pastor Plinio Rafael Salcedo was discovered at his home in the village of La Caucana, in the town and municipality of Tarazá, Bajo Cauca Antioquia, a subregion of the Department of Antioquia. Pastor Salcedo leaves behind a wife and two young children, as well as the church he led as part of the Movimiento Misionero Mundial group of churches.

The motive for the attack is not yet known, although it is thought to be linked to a protest that took place two days prior to the pastor’s death, when around 1000 people from local Protestant and Catholic churches gathered to call for the restoration of peace in the region.

Church leaders often function as de facto community leaders, especially in small rural communities. Over the course of the country’s 50-year conflict, hundreds of church leaders were targeted for assassination by all sides. Illegal armed groups often attempt to force the cooperation of church leaders in an effort to bring the entire community under their authority.

It was hoped that the 2016 peace agreement would bring  an end to the violence in Colombia, but according to a report by Medicina Legal, Tarazá, an area formerly controlled by the FARC-EP with many illicit economies, had one of the highest homicide rates of all municipalities in 2018. Consistent delays to the implementation of the peace agreement are also having highly concerning effects throughout many departments in Colombia.

CSW’s Chief Executive Mervyn Thomas said: “We extend our heartfelt condolences to the family of Pastor Plinio Rafael Salcedo. Whilst we welcome the Colombian government’s efforts regarding the peace agreement so far, little has changed for many communities in regions where illegal armed groups continue to operate with impunity. We call on the Colombian government to conduct a full investigation into the murder of the pastor and to bring those responsible to justice. We also urge the government to work with civil society organisations and churches to ensure lasting peace to Colombia.”

1.       Click here for a detailed analysis of recent developments in Colombia’s peace process.