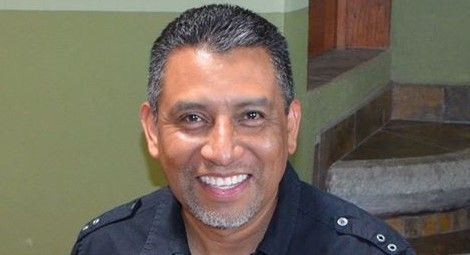 A pastor from the Fraternidad Cristiana church was shot and killed in Oaxaca, south-west Mexico, on 18 August.

Alfrery Líctor Cruz Canseco was waiting in his car after a church service at the Fraternidad Cristiana church in the municipality of Tlalixtac de Cabrera when he was shot and killed. His attacker attempted to escape, but was prevented from doing so by members of the congregation, and subsequently handed over to the authorities.

The motive for the murder is not yet known; however, it follows a series of attacks targeting religious leaders, including the enforced disappearance of Pastor Aarón Méndez Ruiz on 3 August.

CSW’s Chief Executive Mervyn Thomas said: “We extend our deepest condolences to the family and congregation of Pastor Cruz Canseco. We also remain concerned for the wellbeing of Pastor Méndez Ruiz and urge the Mexican government to spare no effort in ensuring his safe return, investigating all of these crimes and prosecuting those responsible.”

The expansion of violent criminal groups in Mexico and the pervading climate of impunity surrounding such crimes has led to an increase in violence against religious leaders. Many criminal groups view church leaders, both Catholic and Protestant, and their influence, as a threat to their power. Religious leaders continue to be threatened, kidnapped and killed, and a lack of proper investigation means perpetrators are not brought to justice.

A recent article by the Catholic Multimedia Centre (CCM) highlights similar concerns, reporting that two priests were forced to flee the city of Pánuco in Veracruz state due to threats from criminal groups.

Responding to the murder of Pastor Cruz Canseco, Luis Herrera of the Coordination of Christian Organisations in Chiapas (COOC) stated: “[It is] terrible what is happening, it seems to me that it is now very complicated to be able to guarantee security to the brothers who do something for the good of others”.

Mr Thomas added: “We urge the Mexican government to guarantee protection for civilian populations in areas under a strong influence of criminal groups, and develop strategies to support all religious leaders who are under threat. The government must recognise the role that religious leaders play, not only as leaders of their churches, but also as voices for peace, justice and integrity, and human rights defenders, and afford them greater protection.”