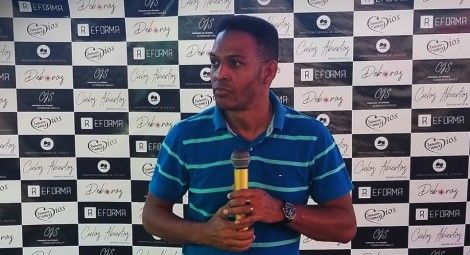 Apostle Alain Toledano Valiente, a prominent leader in the Apostolic Movement in Cuba, has received three police summons in less than a week.

Toledano Valiente, who leads Emanuel Church in Santiago de Cuba, was initially summoned to appear at the La Motorizada Unit #3 Police Station, on Thursday 22 August, the day of a planned youth event, where he was informed his church did not have permission to hold the event. He was also asked to sign a pre-arrest warrant, which threatened him with being charged with disobedience and arrested or fined if he went ahead with the event.  However, he refused to sign it and the church held the event.

In response to his refusal to sign the pre-arrest warrant, on Friday 23 August Toledano Valiente was summoned to the police station a second time for an interview with the Department of Physical Planning. During this interview he was told that he would have to return to the Department of Physical Planning’s office on Monday 26 August.  At the time Toledano Valiente informed CSW that he suspected this second summons was solely an attempt to provoke him.

On 26 August Toledano Valiente was informed by the Department of Physical Planning that an inspection would be carried out on Friday 30 August on a plot of land where Emanuel Church is constructing a new building. The owners of the land where the church currently meets were also threatened and forced to sign a document prohibiting church services on their property. Later on the same day police went to the landowners’ house and threatened them with the confiscation of their property if they refused to adhere to the document. This is the latest in a series of threats by the government to put pressure on Emanuel Church and prevent the construction of the property, despite the fact that the church has all of the appropriate permissions to do so.

In February 2016 Emanuel Church’s building had been demolished by authorities and hundreds of church members were detained.

Apostle Toledano Valiente told CSW: “They are looking to throw us into the street again… The intention of what they are doing, attacking the two locations where we are today and where we could be tomorrow, […] is to block both places. They don’t want me to continue the construction because they know that the church would end up with somewhere [to meet]. They are trying to slow everything down.”

In recent months Toledano Valiente has come under increased pressure. Earlier this month, he was interrogated for almost three hours by the unit commander at the La Motorizada Unit #3 Police Station in an attempt to force the cancellation of the ‘Deborah Conference’ which aims to empower women. In July, he was stopped by government agents and prevented from boarding a flight to the US to attend the Ministerial on International Religious Freedom. He is still officially banned from leaving Cuba and his right to move freely within the country is also restricted.

CSW’s Chief Executive Mervyn Thomas said: “CSW is deeply concerned by the continuing harassment of Apostle Alain Toledano Valiente, who has been targeted by the authorities for several years. It is clear that the recent repeated summons, the threats against the owners of the land where his church currently meets and the impending inspection of the plot for a new church building are aimed at intimidating him and ultimately depriving a congregation of a venue in which to practice their faith peaceably. We call on the Cuban authorities to cease all harassment of Toledano Valiente and other religious leaders immediately, allowing them to travel, construct places of worship and hold peaceful religious events without unwarranted interference from the state.”