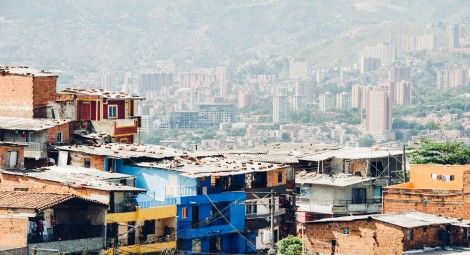 Concerns as former members of the FARC-EP take up arms

CSW is deeply concerned by the decision of some former members of the Revolutionary Armed Forces of Colombia (FARC-EP) to take up arms against the Colombian government once again. The decision was announced by the top peace negotiator for the FARC-EP in a video published online on 29 August.

A peace agreement between the government of Colombia and the FARC-EP was approved by Colombian Congress on 30 November 2016. However, since its election in June 2018, the administration led by President Iván Duque Márquez has consistently slowed down the implementation process. Moreover, despite the signing of the 2016 peace agreement, violations of human rights, including attacks on civilians and severe restrictions on the right to freedom of religion or belief (FoRB), have continued or worsened in many parts of the country.

During a 2018 visit to the country, several civil society leaders had expressed concerns to CSW that the government’s unilateral changes to the peace agreement could cause some  former members of the FARC-EP to take up arms once again if they believed the government was not fulfilling its obligations. However, despite the recent announcement, sources report that the majority of former members remain committed to the peace agreement.

Following the FARC-EP’s announcement, the Colombian Council of Evangelical Churches Peace Commission (CEDECOL) informed CSW: “It is true that the news has produced a feeling of loss and setback, it is true that this was coming due to the intention of the current government to tear apart the agreement, and it is true that the FARC was divided into two factions as the months went by, widening cracks existing since the time of the talks in Havana. For those of us who work and continue to fight for peace in Colombia, this is unfortunate news, but it is also true that these facts will not shatter our calling and commitment to building peace.”

All actors in Colombia’s 52-year internal armed conflict were responsible for serious human rights violations, including violations of the right to FoRB. Hundreds of church leaders were targeted for assassination, and churches faced extortion from armed groups. In addition, the right to conscientious objection on account of religious beliefs was violated by the military.

CSW’s Chief Executive Mervyn Thomas said: “CSW is deeply concerned by the announcement that members of the FARC-EP plan to take up arms against the Colombian government once again. Also of grave concern is the fact that human rights violations, including violations of FoRB, have continued and even worsened in some areas despite the signing of the peace agreement three years ago. A return to open hostilities would be disastrous for the country. We therefore call on all parties to the peace agreement to reiterate their commitment to its provisions, and we particularly urge the Colombian government to fully implement the terms of the agreement as swiftly as possible, and to guarantee the safety and rights of all of its citizens.”