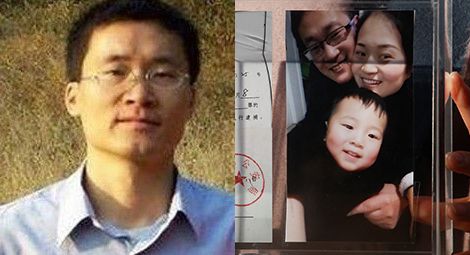 Tang Jingling, a Chinese human rights lawyer, was arbitrarily detained for ten days after being reported missing on 30 August. His whereabouts remained unknown until his release on 8 September.

CSW sources report that Tang was stopped at a station in Guangzhou on 29 August to prevent him from travelling. He subsequently spent several days in detention, during which police confiscated his passport. After his release there was also an unexplained power outage at his home.

Tang Jingling’s time in arbitrary detention in Guangzhou came just months after he completed a five-year prison sentence. He was initially arrested on 20 June 2014 and while in detention he was denied access to a Bible, and was not allowed any contact with his family. On 29 January 2016 Tang was sentenced to five years in prison for "inciting subversion of state power." He was released on 29 April 2019 and it was reported that his health had deteriorated in prison.

CSW’s Chief Executive Mervyn Thomas said: “CSW is deeply concerned that Tang Jingling has continued to be targeted by Chinese authorities even after his release from prison. Tang should never have been imprisoned in the first place and now that he is free the authorities must respect his freedom and afford him all of the human rights enshrined in the UDHR, including the rights to freedom of movement, expression, and religion or belief. We call on the authorities to return his passport to him and to cease all harassment of human rights lawyers in China.”

Chinese authorities have also continued to target the family of another human rights lawyer, Wang Quanzhang. In a testimony published by China Change, Quanzhang’s wife Li Wenzu reported that their six year-old son had been forced to leave his new primary school in Beijing on 6 September after police visited the school on multiple occasions.

Wang Quanzhang was arrested in August 2015 as part of the of the ‘709 crackdown,’ in which over 300 lawyers, human rights defenders, and their colleagues and family members were detained, interrogated or imprisoned. On 28 January 2019 he was sentenced to four and a half years in prison after over three years in incommunicado detention.

Mr Thomas added: “CSW continues to call for the immediate and unconditional release of Wang Quanzhang. The fact that the authorities have continued to target his family and have now denied a six year-old boy the fundamental right to education is unacceptable and must be rectified immediately. We call on the international community to hold China to account by consistently raising these cases and other violations of human rights in bilateral and multilateral dialogues with the country.”