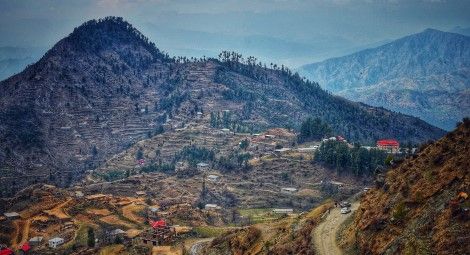 CSW has learned that Amir Masih, a Christian man from Lahore, Pakistan, died in hospital on 2 September after he was allegedly tortured in custody by police.

Mr Masih who was employed as a gardener in PAF Colony, a local neighbourhood in Lahore, was accused of theft after his employer, Rana Mohammad Hanif, registered a case against him. On 28 August Mr Masih was summoned to the North Cantonment police station in Lahore, by Sub-inspector Zeeshan, and was illegally detained by police. It is alleged by Mr Masih’s family that he was then taken to an undisclosed location where he was beaten and tortured by several police officers.

Mr Masih’s relatives filed a case of forced disappearance after they were informed on 31 August that he had been taken into custody by the police.  Police then contacted the family of Mr Masih on 2 September to inform them he was unwell and asked them to take him to hospital.

CCTV footage has since emerged of two police officers dressed in civilian clothing transporting Mr Masih by motorcycle to Service Hospital in Lahore, where he was pulled from the motorcycle and kicked several times by the officers before being taken inside. A post mortem has since revealed that there were torture marks all over Mr Masih’s body.

CSW’s Chief Executive Mervyn Thomas said: “We extend our heartfelt condolences to the family of Amir Masih. His treatment while in custody of the Punjab police is deplorable and the officers responsible for his death must be held accountable. This case again highlights the vulnerability and marginalisation of Christians who suffer abusive treatment and discrimination at the hands of law enforcement officials.”

Christians in Pakistan comprise a significant minority that face widespread institutional and societal discrimination within society. Police authorities have repeatedly been criticised for their mistreatment of and prejudice towards Christians.

On 19 February 2018 Patras Masih, a young Christian man from Lahore, was accused of sharing a blasphemous image on Facebook and charged under 295-C of the Pakistan Penal Code (defiling the name of the Holy Prophet). On 23 February his cousin Sajid Masih was called for questioning by the Federal Investigating Agency (FIA) where he was beaten by officials and forced to perform a sexual act with Patras. Sajid Masih suffered severe injuries when he jumped from the fourth floor of the FIA building in an attempt to escape.

There have been growing concerns about the excessive use of force, torture and use of illegal detention centres among police in Punjab province. Amir Masih is the third person to die in police custody in Pakistan's Punjab province this month. On 30 August Salahuddin Ayubi was arrested by police in Rahmin Yar Khan District in Punjab after he broke into a cash machine. A leaked video shows Mr Ayubi being mistreated by police. He died in police custody two days later. A second man, Amjad Ali, was detained and allegedly tortured by the Gujjarpura police in Lahore at an illegal torture cell. He died in hospital on 1 September.

Under Pakistan’s National Action Plan, the government has committed to address the root causes of religious persecution and implement much needed reforms to the criminal justice system. However the recent spate of incidents is indicative of the broader issue of custodial deaths and of torture to extract evidence which is prohibited by Article 14(2) of the Pakistan constitution. On 12 September Pakistan’s Senate Functional Committee on Human Rights summoned the Punjab inspector general of police to brief the committee on the alleged custodial deaths of the three men.

Mr Thomas continued: “The government must fulfil its constitutional commitments to prohibit the use of torture, and to uphold the rule of law and respect for human rights. We urge the provincial government in Punjab to take immediate steps to prevent further custodial deaths and provide training to eliminate bias and sensitise police towards religious minorities.”