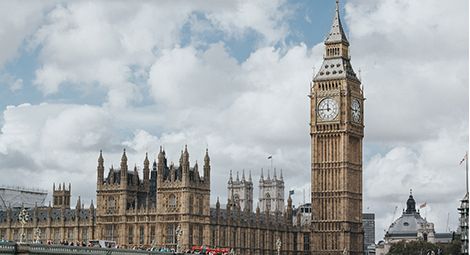 Writing to my MP is a waste of time.

Writing to my MP: making a difference, or wasting my time?

Members of Parliament, commonly called MPs, are regularly spotted suited and booted popping their flyers through your front door around election time. Have you ever wondered what else they do?

Well, every MP, no matter where they live, no matter what their political party, is there to do a job. They represent their constituents (i.e. YOU) in parliament and hold the government to account. It’s a pretty big job, and it’s a lot more effective if constituents like you tell your MP the issues that bother you.

So, if the role of your MP is to hold the government to account then it’s your job to hold your MP to account. If you’re not holding them accountable, who is? Basically, your role in this is really vital.

You may not know this, but you can call, visit and write to your MP. In fact, MPs normally hold ‘surgeries’ one day a week where you can meet them. You can talk to them about any of your concerns - it could be religious freedom, education, Sunday shopping, recycling, or something else. It doesn’t matter if you voted for them, or even whether you agree with them. Whoever you are, whatever your concerns, they want to hear from you and as often as you’d like… there’s no limit (they won’t block you – I checked).

So, you decide to give this whole thing a go and write to your MP. Yay! What happens next? Will they do something or just ignore you? FACT: Their office WILL read your letter and they WILL respond to you – that is the bare minimum. If they don’t do that feel free to be appalled! If you ask them to pass on your concerns to a government minister they will. It’s their job.

Here’s a few different ways that your MP could raise your concerns in parliament:

So why would the government listen to your MP? Remember, the job of an MP is to hold the government to account and nobody likes to be embarrassed. If your MP questions something that the government isn’t doing very well on, they’ll look pretty bad. Also, if truckloads of people are writing to loads of MPs about a certain issue then that’s quite a lot of pressure. For a fun example, google ‘pasty tax’. Basically the UK public hit the roof  about VAT on hot Gregg’s style deliciousness and wrote to their MPs. The result = tax dropped. And that was just about pasties! Think of all the good you could do for freedom of religion or belief simply by putting pen to paper.

“Right, so what’s the best way to contact my MP?” I hear you ask. Here are a few pointers for you.

Don’t know who your MP is? We’ve got you covered. You can find out their name and address here: www.parliament.uk/get-involved/contact-an-mp-or-lord/contact-your-mp/

So, making a difference, or wasting your time? We think you should do it (hands down). You’re definitely NOT wasting your time. You’re getting involved and you’re influencing government decisions.

But don’t just do it once! Keep it up. Don’t just sit around complaining about what the government is or isn’t doing (anyone can do that), get up and #haveyoursay. Start a movement. And now you know how!

Go on, write that letter …