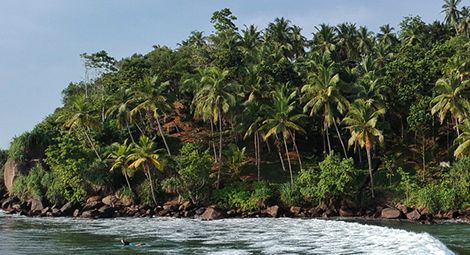 CSW welcomes the UK government’s decision to allocate £10m in funding to support stability projects in Sri Lanka, following a visit to the country by Lord Ahmad of Wimbledon, the Minster of State for the Commonwealth, UN and South Asia and the Prime Minister’s Special Representative on Preventing Sexual Violence in Conflict.

During the visit, Lord Ahmad met with President Maithripala Sirisena and other government officials, as well as several faith leaders.

Lord Ahmad said: “These funds will support peacebuilding and dialogue; resettlement and rehabilitation of displaced communities; and engagement with institutions tasked with protecting the rule of law across the country.”

Godfrey Yogarajah, the Deputy Secretary General of the World Evangelical Alliance (WEA), said: “We thank Lord Ahmad for making interfaith harmony a priority of his visit. Furthermore, we are pleased with the UK’s decision to grant Sri Lanka these funds. Civil society organisations have worked tirelessly to promote peacebuilding initiatives with all religious groups and working on livelihood issues, including displaced communities post-conflict to bring about reconciliation. We urge that the UK will ensure that these resources are used to strengthen civil society that are genuinely working towards this end.”

The visit comes shortly after the UN Special Rapporteur on freedom of religion or belief (FoRB), Dr Ahmed Shaheed completed an official visit to the country. On 26 August Dr Shaheed presented his preliminary findings, in which he urged Sri Lanka to take effective measures to address hate speech and hate crimes. His report will be published in full   later this year. In it,

CSW’s Chief Executive Mervyn Thomas said: “CSW welcomes the UK’s commitment to allocate funds to projects which will contribute to the stability of the country. Sri Lanka has been through a destructive 30-year civil war which affected thousands of lives and has left the population deeply wounded. The 2019 Easter Sunday bombings, in which over 250 people in attacks on a number of churches and hotels across the country, have heightened distrust and religious and ethnic tensions between the country’s different communities. We urge the government to ensure that the resources are used to help communities where the need is greatest.”