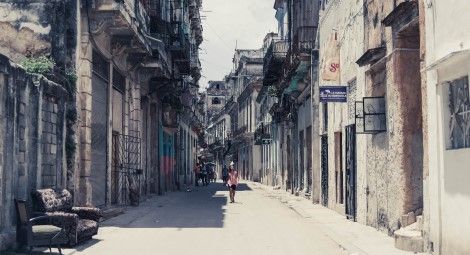 The United States Commission on International Religious Freedom (USCIRF) has called for the head of the Office of Religious Affairs (ORA) of the Cuban Communist Party (CCP) and other CCP officials responsible for violations of freedom of religion or belief (FoRB) to be prohibited from entering the United States.

Religious leaders in Cuba have repeatedly identified Caridad del Rosario Diego Bello, the long time head of the ORA, as responsible for the majority of FoRB violations in the country.

The call by USCIRF comes following intensifying government pressure on religious leaders in Cuba. Over the last four months four denominational leaders linked to the new Cuban Evangelical Alliance have been arbitrarily prohibited from leaving the island. A fifth leader, Apostle Alain Toledano Valiente, who leads a large unregistered church in Santiago de Cuba, was stopped from boarding a flight in July. When he attempted to obtain more information he was told that he was under a permanent travel ban for reasons related to national defense and security. There is no option to appeal the travel ban.

Over the past two decades and under the leadership of Diego Bello, ORA has systematically violated FoRB, targeting groups across the religious spectrum. The Apostolic Movement, to which Toledano Valiente is affiliated and which ORA has refused to register, has been singled out for some of the most severe persecution. In 2010 Diego Bello was recorded on video explaining how her office intended to eradicate the Apostolic Movement from the island by destroying churches and confiscating their homes and belongings. Toledano Valiente’s church has been demolished twice in 2007 and again in 2016. More recently Toledano Valiente was accused of the crime of ‘disobedience’ after his church held a women’s event in August, which he fears may be used as a pretext for his imprisonment.

The ORA, under Diego Bello’s leadership, is also responsible for the approval of religious visas for which Cuban religious associations must apply in order to receive foreign visitors. Some of the largest Protestants denominations in Cuba, all members of the new Cuban Evangelical Alliance, have reported that the ORA has refused to grant them religious visas for visitors from abroad in 2019. They believe this was initially an act of retaliation for the religious groups’ refusal to publicly endorse the new constitution approved in a referendum in February but is now being used as a pressure tactic in an attempt to ‘break’ the Cuban Evangelical Alliance.

Anna-Lee Stangl, Head of Advocacy at CSW, said, “We welcome this recommendation from USCIRF and urge the Trump Administration to prohibit Cuban government or Communist Party officials who are directly responsible for FoRB violations from traveling to the United States. This would be particularly appropriate at this time following the recent measures taken by the Office of Religious Affairs and other Cuban government institutions to prohibit certain religious leaders from traveling outside the country and the denial of religious visas for foreign visitors as a pressure tactic. We call on the Cuban government to allow all Cuban religious groups to travel freely and receive visitors from abroad without hindrance.”

1. USCIRF is an independent, bipartisan U.S. federal government commission dedicated to defending the universal right to freedom of religion or belief abroad. USCIRF reviews the facts and circumstances of religious freedom violations and makes policy recommendations to the President, the Secretary of State, and Congress. USCIRF Commissioners are appointed by the President and the Congressional leadership of both political parties.

2. Religious groups and associations come under the authority of the Office of Religious Affairs (ORA), which operates out of the Ministry of Justice but is a part of the Central Committee of the CCP. Religious associations must submit all requests for something as minor as making repairs to a building to something as major as holding a public event, to the ORA which exists outside of any defined legal framework, offering no recourse for appeal. The ORA does not operate within any other official guidelines, giving its officials sweeping and arbitrary power over religious groups and associations, and individuals associated with those groups