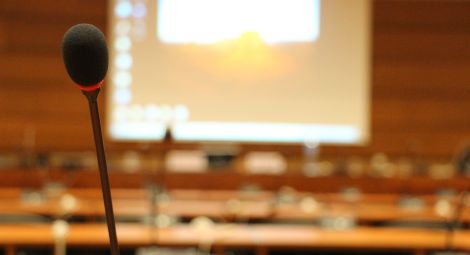 CSW welcomes a joint statement by 23 countries calling on the Chinese government to uphold its national laws and international obligations, and commitments to respect human rights, including freedom of religion or belief, in Xinjiang and across China.

The statement was delivered on 29 October on behalf of the group of countries by Ambassador Karen Pierce, UK Permanent Representative to the UN, at the Third Committee session on the Committee for the elimination of racial discrimination.

“We share the concerns raised by the Committee for the Elimination of Racial Discrimination (CERD) in their August 2018 Concluding Observations on China regarding credible reports of mass detention; efforts to restrict cultural and religious practices; mass surveillance disproportionately targeting ethnic Uighurs; and other human rights violations and abuses in the Xinjiang Uighur Autonomous Region,” she said.

The joint statement urged the Chinese government to “urgently” implement CERD’s eight recommendations related to Xinjiang, including by refraining from the arbitrary detention of Uighurs and members of other Muslim communities. It also called on all countries to respect the principle of non-refoulement and for the Chinese government to allow the Office of the United Nations High Commissioner for Human Rights and UN Special Procedures “immediate unfettered, meaningful access to Xinjiang.”

In their August 2018 Concluding Observations on China, CERD expressed “alarm” at “numerous reports of the detention of large numbers of ethnic Uighurs and other Muslim minorities, held incommunicado and often for long periods, without being charged or tried, under the pretext of countering religious extremism,” as well as “reports of mass surveillance disproportionately targeting ethnic Uighurs”, travel restrictions and reports of forcible return to China of ethnic Uighurs who left the country.

Benedict Rogers, CSW’s East Asia Team Leader, said: “We welcome this important statement at the UN on the appalling human rights crisis in Xinjiang. International action to put pressure on China to cease its grave violations of human rights against the Uighurs and other Muslim minorities is long overdue, and the fact that 23 countries, led by the United Kingdom, have spoken out in this way is an important step. We urge the Chinese government to listen to this call and allow the United Nations High Commissioner for Human Rights and UN Special Procedures unrestricted access to Xinjiang.”