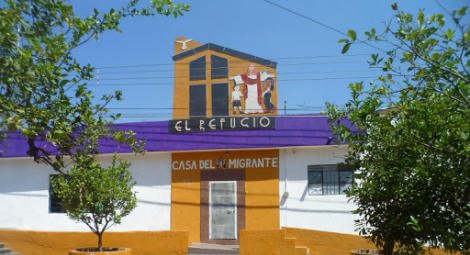 Father Alberto Ruiz Pérez, a priest who runs a migrant shelter in the Mexican state of Jalisco, was assaulted, extorted and threatened at gunpoint on 24 October in an attack that those who work closely with him believe to be linked to his work as a human rights defender.

Later that evening at approximately 10pm, a couple approached the parsonage requesting a religious service. When they entered, they were joined by five armed men who attacked the priest, holding him inside at gunpoint along with a group of nuns who work at the shelter. The men forced them to cooperate as they searched the rooms and stole $20,000 Mexican pesos that was intended to build a new chapel in the community.

Father Alberto Ruiz Pérez is one of many religious leaders running shelters for migrants and asylum seekers in Mexico. On 3 August, Pastor Aarón Méndez Ruiz, the director of the Casa del Migrante AMAR migrant shelter in Nuevo Laredo was kidnapped and forcibly disappeared after blocking an attempt by an organised criminal group to kidnap Cuban migrants from the shelter.

Last year, at least ten religious leaders were killed in Mexico, making 2018 the tenth consecutive year that the country has been ranked the most dangerous in the world for Catholic priests. The expansion of violent criminal groups in the country and the pervading climate of impunity surrounding such crimes have led to an increase in violence against religious leaders. Many criminal groups view church leaders, both Catholic and Protestant, and their influence, as a threat to their power and lucrative targets for extortion.

CSW’s Joint Head of Advocacy Anna-Lee Stangl said: “We are alarmed by the attack against Father Alberto Ruiz Pérez and the team at El Refugio Casa del Migrante and we join their calls to the government to properly investigate this crime. We urge the local authorities to do everything in their power to safeguard religious leaders and other human rights defenders, bringing perpetrators to justice. CSW remains deeply concerned for the wellbeing of Pastor Méndez Ruiz and we continue to call for a full investigation into his forced disappearance and the prosecution of those responsible. We urge the international community to engage with the Mexican government on these matters and to recognise the role that many religious leaders play, not only as leaders of their churches, but also as voices for peace, justice and integrity, and as human rights defenders.”