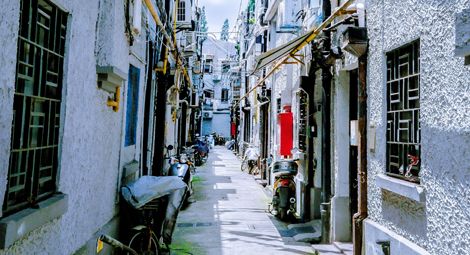 UK calls for immediate and unfettered UN access to Xinjiang

The call comes after two leaks which provided further evidence of mass arbitrary detentions in Xinjiang, where it is estimated that between one and three million predominantly Muslim Uyghurs and members of other ethnic minorities have been detained without charge in ‘political re-education’ camps.

On 16 November the New York Times published over 400 pages of internal Chinese documents which detailed the widespread involvement of senior Chinese officials, including Xi Jinping, in the orchestration of an unprecedented campaign of mass detentions. The documents also revealed that authorities appear to use a scoring system to determine who can leave the camps, and that the behaviour of relatives outside the camps can affect detainees’ chances of release.

More documents were leaked by the International Consortium of Investigative Journalists on 24 November. The documents similarly detailed the mechanisms, guidelines and procedures behind the detentions in Xinjiang; they also shed light on the severity of conditions inside the camps.

Both sets of documents challenge China’s claims that the camps are voluntary training centres aimed at combatting terrorism, and add to a growing body of evidence that mass arbitrary detentions are taking place.

CSW’s Chief Executive Mervyn Thomas said: “CSW welcomes and echoes the UK’s call on China to allow UN officials immediate and unfettered access to the Xinjiang Uyghur Autonomous Region. These recent leaks provide further evidence that mass arbitrary detentions are taking place in the region, on which international action is long overdue. We call on other members of the international community to join the UK in condemning these detentions and support efforts at the UN to establish an independent fact-finding mission to the region.”

Pastor Wang’s trail is expected to take place soon. In August the UN Working Group on Arbitrary Detention adopted the opinion that the detention of Pastor Wang and his wife Jiang Rong, who has since been released, was arbitrary.

Mr Thomas added: “CSW continues to call for the immediate release of Pastor Wang Yi and the remaining members of Early Rain Church who are in detention. We are particularly concerned by reports that the lawyer of Elder Qin Defu was not permitted to attend his trial and urge China to ensure that due process is observed in all trials. We also call on China to end the harassment of members of Early Rain Church who have been released from detention, and ensure that the charges against them, all of which are unfounded, are dropped without condition.”