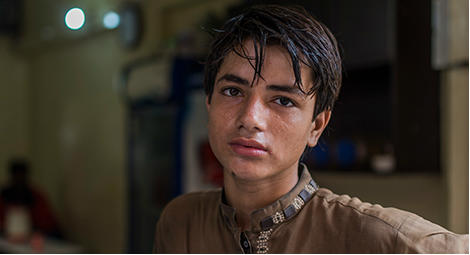 Religious freedom affects everybody but affects the poor more than the wealthy and affects women more than men. There is a class, a caste and a social dimension to discrimination on the basis of religion which is a very deep rooted problem."

The situation for freedom of religion or belief (FoRB) in Pakistan continues to deteriorate. Multiple violations continue to take place under the leadership of Prime Minister Imran Khan, whose Pakistan Tehreek-i-Insaf (PTI) party broke the political stranglehold of the Pakistan Muslim League-N (PML-N) led by Nawaz Sharif; against an increasingly precarious political backdrop, after the Supreme Court removed former prime minister Nawaz Sharif from office in 2017 over corruption allegations. The death on 11 February 2018 of Asma Jahangir, one of Pakistan’s most prominent human rights lawyers and activists, left a gaping hole in the country’s human rights community. Mrs Jahangir was outspoken on issues affecting religious minorities and women, and was a fierce critic of Pakistan’s militant Islamist groups.