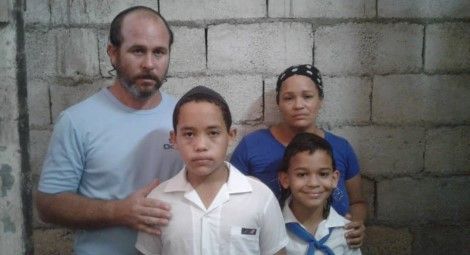 Jewish child beaten and prohibited from wearing kippah to school

A twelve year-old boy has been forbidden by Cuban educational authorities from entering his school while wearing the Jewish kippah since 11 December, with the result that he has been prevented from continuing his education. His younger brother has also been prevented from entering school and the authorities have threatened to open legal proceedings against his parents.

The kippah ban was imposed by Nuevitas Municipal Director of Education, Osdeini Hernández Navarro. It was issued after a government commission found a school guard guilty of failing to protect the boy, Liusdan Martínez Lescaille, who has been beaten by fellow students on a regular basis since the family moved to Nuevitas in 2016. On Friday 20 December US Secretary of State Mike Pompeo announced that Cuba has been added to the State Department’s Special Watch List (SWL) for governments that ‘have engaged in or tolerated severe violations of religious freedom.’

According to his parents, Olainis Tejada Beltrán and Yeliney Lescaille Prebal, members of the Sephardic Bnei Anusim community, their son was singled out for ridicule soon after he started classes in September 2019 at the Latin America Urban Basic Secondary School in Nuevitas. Since then he has been subjected to four severe beatings instigated by a classmate who is the son of a military captain, along with other students. Despite multiple complaints by the parents to Martínez Lescaille’s teacher, who is head of the grade and the school director, no action was taken to protect the child.

After Tejada Beltrán publicly denounced the treatment of his son in the independent media, the Cuban educational authorities created a commission to review his son’s situation. However, during this period, he was pressured by school administrators on multiple occasions to retract his complaints. At one point there was at attempt by the school director to expel his son for supposed acts of violence, however, five teachers stepped in to defend Martínez Lescaille and the expulsion did not take place.

On 11 December the commission announced its findings, holding a school guard responsible for failing to stop the attacks on Martínez Lescaille. However, rather than sanctioning the guard, a kippah ban was put in place instead. Tejada Beltrán has called for the ban to be revoked, pointing out that it effectively prohibits his son from entering the school grounds and that there are no other educational alternatives.

On 17 December both Liusdan and his younger brother, Daniel Moises, were prevented from entering school by Hernández Navarro because they continue to wear the kippah. On the afternoon of 18 December municipal prosecutor Ismaray Vidal Marques issued a summons to Tejada Beltrán and Lescaille Prebal to  appear at the prosecutor’s office at 10am the following day.

After complying with the summons the couple were threatened by the authorities who warned that their children would be taken away and the couple imprisoned for ‘threatening the children’s normal development.’

The bullying of children at school because of their religious beliefs or those of their parents is relatively common in Cuba. In 2019 CSW has received a number of cases involving the children of Christian pastors being denied educational opportunities or singled out because their parents hold ‘counter-revolutionary ideas.’ Pastor Ramon Rigal and his wife Adya Expósito are currently serving prison sentences in eastern Cuba because of their decision to homeschool their children after they were the victims of organised bullying including physical assaults at a government run school.

CSW’s Head of Advocacy Anna-Lee Stangl said: “It is unconscionable that a child would be subjected to serious physical assault with no action taken by school officials whose duty it is to protect all children in their care, regardless of their religious beliefs. The fact that the educational authorities in Nuevitas have chosen to punish two children by closing the school doors to them unless they suppress their religious identity, rather than to hold to account those responsible for the attacks on him is illustrative of a more general hostility to religion within the Cuban school system. We welcome the US State Department’s decision to put Cuba on the Special Watchlist for severe violations of religious freedom and call on the Cuban government to immediately take action to allow Liusdan, Daniel Moises, and other children like them who hold strong religious beliefs to continue their education without hindrance. We also call for the authorities to cease their harassment of Mr Tejada Beltrán and Mrs Lescaille Prebal and to drop any legal case against them. Religious discrimination within Cuban schools cannot be permitted to continue.”