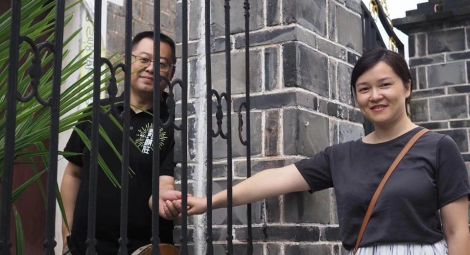 News of Ms Jiang's release was posted on the Facebook page Pray for Early Rain Covenant Church and confirmed by CSW sources. According to the post, Jiang was released on bail pending trial and has been reunited with her son. The post also reported that another church member was released on bail at the same time.

Jiang was detained in December along with her husband, Pastor Wang Yi, and over 100 other church members. Families and individuals who attended the church are facing ongoing harassment from police and landlords under pressure from authorities. Dozens of church members have been detained for short periods under administrative detention. Wang and Jiang are both accused of inciting subversion.

CSW’s Chief Executive Mervyn Thomas said: “While we welcome the news that Jiang Rong has been released on bail and reunited with her son, we strongly condemn her six month long detention and the charges against her, which are completely unfounded. For half a year, Jiang has been arbitrarily deprived of her liberty and kept apart from her son. We call on the Chinese authorities to drop all charges against Jiang, to release immediately and without condition all Early Rain Church members still in detention, and to cease all forms of harassment against the church.”