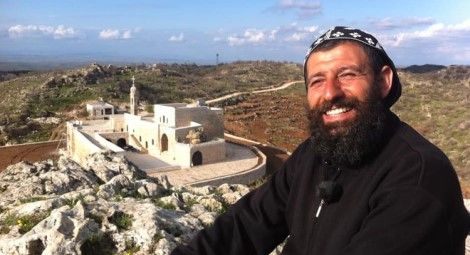 Three Assyrian Christians were arrested on Thursday 9 January in the province of Mardin in Southeast Turkey.

CSW sources report that Turkish Gendarmerie in the Assyrian town of Üçköy (Arkash in Syriac language) arrested Father Sefer Bileçen (known as Father Aho), who has been taking care of the 1500 year-old Mor Yakub Monastery in Mardin province for years. Two other Assyrian Christians named Joseph Yar, chair of the town’s council, and Musa Taştekin from Dibek village were also arrested.  Musa Taştekin was released after initial interrogations.

Father Aho was reportedly arrested on the basis of secret testimony by a member of People's Defence Forces (HPG), the military wing of the Kurdistan Workers' Party (PKK), which has been designated a ‘terrorist organisation’ by Turkey. Father Aho was accused of providing food and water to HPG fighters when they come to the monastery. On 13 January sources confirmed to CSW that Father Aho’s lawyer is contesting his arrest.

A member of the Assyrian Christian community told CSW: “They accuse us of feeding the PKK when they knock at our doors carrying their guns. In the past, PKK fighters killed some community members who refused to give them food as per government’s orders. We are caught in a conflict that we have nothing to do with.”

In the 1990s, thousands of Christians and Kurds were forced out of their villages and towns when the conflict between the Turkish army and the PKK escalated. Today Assyrians in Turkey face challenges related to their religious and cultural identities under the ruling party, which has propagated a view that to be Turkish is to be a Sunni Muslim.

CSW’s Chief Executive Mervyn Thomas said: “We are deeply concerned by the arrests of these Assyrian Christians. We urge the Turkish government to release Father Aho and Mr Joseph Yar immediately, and to allow their lawyers free access to all documents and testimonies related to their case. We call on the international community to press the Turkish government to end all forms of discrimination against religious minorities, and to uphold its constitutional obligations to protect and respect the rights of all citizens regardless of their religious affiliation or ethnic background.”