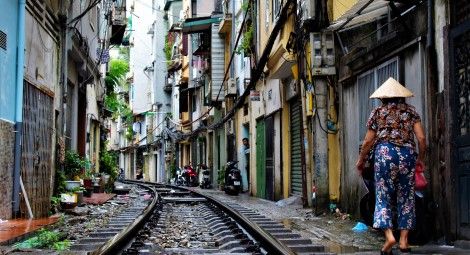 CSW has called on the European Union (EU) and United Kingdom (UK) to seize every opportunity to raise ongoing and grave human rights abuses, including violations of the right to freedom of religion or belief (FoRB), with Vietnam in upcoming bilateral engagements with the country.

While the date is yet to be set, the EU and Vietnam are expected to hold the annual EU-Vietnam human rights dialogue in a matter of weeks, and this year also marks the 10th anniversary of the UK-Vietnam strategic partnership. On 16 January the UK Foreign & Commonwealth Office (FCO) Minister for Asia and the Pacific Heather Wheeler began a two day visit to Vietnam to mark the anniversary; a statement issued by the FCO did not indicate whether FoRB had been raised.

In previous years the EU has used the dialogue to raise FoRB and related concerns. They have also raised specific cases, such as that of human rights lawyer and religious freedom defender Nguyen Van Dai, who spent over two and a half years in prison after he was arrested in December 2015.

CSW’s Chief Executive Mervyn Thomas said: “The EU-Vietnam human rights dialogue is a vital opportunity to raise genuine concerns about the situation of freedom of religion or belief and other human rights in Vietnam. This year the EU must ensure that FoRB is high on the agenda, raising specific, individual cases. The dialogue is of particular importance in light of the pending free trade agreement between the EU and Vietnam.”

Numerous religious adherents and human rights defenders have been arbitrarily detained, such as pastor and activist Nguyen Trung Ton, who was arrested in July 2017, and legal expert Nguyen Bac Truyen, who was forcibly disappeared, also in July 2017. Both men were tried in April 2018 and sentenced to 11 and 12 years in prison respectively. In June 2018 their sentences were upheld.

Recently Nguyen Van Dai, who now lives in exile in Germany, and The 88 Project reported that Pastor Ton’s son was detained at a border checkpoint after he returned to Vietnam. Pastor Ton is suffering leg pain and has been denied medical treatment.

Mr Thomas added: “CSW remains deeply concerned by the continued detention of Pastor Nguyen Trung Ton and legal expert Nguyen Bac Truyen. These cases are emblematic of the widespread arbitrary detentions which continue to take place in Vietnam and should be of paramount concern to the EU, the UK and the wider international community in all engagement with the country. We urge the UK to make use of their longstanding partnership with Vietnam to raise these issues and others in all engagement with Vietnam, and call on the government to ensure the immediate and unconditional release of all prisoners of conscience.”