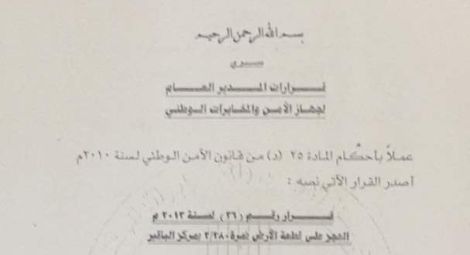 Christian businessman detained at airport upon return from exile

Sudanese Christian businessman Ashraf Samir Mousad Obid was detained at  Khartoum Airport  on 27 January, under the orders of the General Intelligence Service (GIS).

Mr Obid was returning to Sudan for the first time since fleeing the country in 2015, following a campaign of harassment by the National Intelligence and Security Service (NISS). The new security service, the GIS, had given assurances that all names previously placed on the travel restriction list had been removed, and those targeted by the former al Bashir government would be able to travel freely.

However, Mr Obid was detained at Khartoum Airport at 4pm local time. When he asked officers for the reason of his detention, he was informed that his name was on a list submitted by GIS, and that he would be given the full reasons for his arrest once he was transferred to the GIS office. After being detained for an hour and a half, Mr Obid was released, but informed that he could not  leave the country, and that he would be called for a meeting with GIS at an unspecified date in the future.

CSW’s Chief Executive Mervyn Thomas said: “We are deeply troubled by the arrest of  Mr Ashraf Samir Mousad Obid upon his return from five years in exile. The significant political changes that took place in 2019 appeared to indicate that all those previously targeted by the al Bashir regime for political reasons were free to return. This development is deeply concerning and follows a pattern of abuse characteristic of the notorious National Intelligence and Security Service. We urge the new government to ensure that Mr Obid’s name is removed from the no-fly list, and from the list held by General Intelligence Service to make it clear that politically motivated arrests will no longer be permitted.”

Mr Obid left Sudan in 2015 after NISS forced him to sign a letter handing over 2000 hectares of land to the agency. The land is located in Burti, close to Soba Aradi district. Mr Obid, who had a business in commercial farming, had sold the land to a Baptist Church in 2014. The church used the land for social projects, including feeding and providing care for homeless children. However, NISS banned the church from using the land, believing that their social programs were designed for evangelism. The Baptist Church sold the land back to Mr Obid as it was not able to use it, which was when NISS began its campaign of harassment against the businessman.

While in NISS detention in 2015, Mr Obid was forced to draft and sign a letter handing over ownership of the land to NISS. Afterwards, he was released and instructed to obtain ownership documents from the Land Authority and submit them to the Administrative Court to formally complete the  sale. However, Mr Obid fled  Sudan before completing the sale. In 2017 his lawyers submitted a case against NISS to formally return the land. In October 2019 the Administrative court dismissed the case, but lawyers representing Mr Obid appealed the decision and are awaiting a response from the Supreme Court.

The harassment of the Baptist Church and Mr Obid occurred in the context of a widespread official  campaign of repression against Christians in Sudan, which included the trial and acquittal of Meriam Ibrahim for apostasy and adultery, and the trial of Reverends Yat Michael and Peter Reith who were charged with national security crimes.

Mr Thomas continued: “It is clear that Mr Obid’s exile from Sudan was the result of relentless repression by NISS, who targeted him because of his Christian faith and his decision to sell a significant portion of land to a church. The detention and questioning that he was subjected to on 27 January are a continuation of state-sanctioned harassment on account of his religious belief. We urge the government to adhere to recent pledges to protect freedom of religion or belief in Sudan, and to cease all further harassment of Mr Obid.” 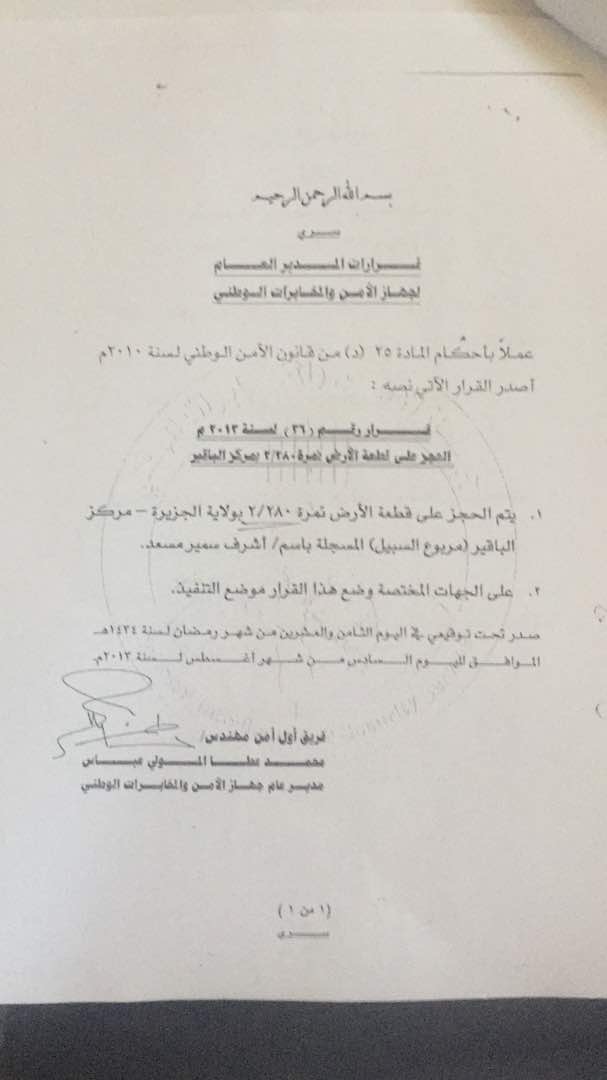