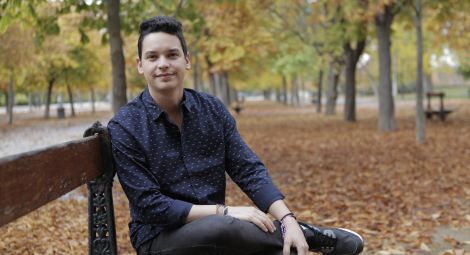 Harassment of journalist and family continues

Cuban independent journalist Yoel Suárez was ‘visited’ in his home by two State Security agents on 22 April who proceeded to question and threaten him.

According to Mr Suárez’s Twitter page, the two officials came to his house and asked to talk with him for a few minutes. Mr Suárez was then taken outside the office building near his home belonging to Cuban state enterprise Transtur. There he was shown printed documents relating to Decree-Law 370, an order which regulates use of the internet, and sections of the Cuban Penal Code relating to ‘enemy propaganda.’ According to Mr Suárez, he was threatened with fines and the seizure of his work under Decree-Law 370, and a long prison sentence under the Penal Code.

This is the second ‘visit’ Suárez has received from Cuban State Security operatives in less than a month. On 27 March he was summoned to Siboney Police Station in Havana where he was interrogated by police and threatened with imprisonment and unspecified “repercussions” for his family.

Mr Suárez, 29, has worked with non-state media outlets in Cuba since 2014 and has written extensively about human rights and freedom of religion or belief issues. As a result, he and his family have been regularly targeted by authorities.

Mr Suárez told CSW: “I find it worrying that State Security have broken my family’s quarantine four times as Covid-19 spreads in our country. At the same time, the current situation for freedom of expression in Cuba is [now] more restrictive and Decree-Law 370 is being used to apply unpayable fines for the average Cuban (US$ 120). The Decree, approved in 2018, punishes citizens who post content on their social networks that the regime deems to be against its interests, even when this doesn’t necessarily qualify as ‘fake news’ or ‘contrary to public decency.’”

At approximately 11am on 2 April Yoe Suárez’s mother received a phone call from the head of surveillance for the local Committee for the Defense of the Revolution in her neighbourhood (CDR). On the call, she was informed that she had been summoned to the Transtur office that same day. Having complied with the summons, she was interrogated by two State Security agents, who attempted to convince her that her son was on “a bad path” in the hope that she would pressure him to stop his journalism.

On 3 April Mr Suárez’s mother was summoned for a second interrogation, this time at the Siboney Police Station at 10.30am. She was interrogated by two State Security agents identified as René and Captain Jorge, the latter of whom is the second in command for the Cuban intelligence agency that handles the independent press. After the interrogation Mr Suárez reported to CSW that his mother was very shaken, and he expressed fears for her physical and mental wellbeing.

Mr Suárez’s mother has nothing to do with his journalism and has worked as a translator and interpreter at a Cuban state agency called Cubatur since the 1980s. She was previously summoned to the Siboney Police Station in Havana on 5 February, however she did not attend as she was not in the city at the time.

CSW’s Chief Executive Mervyn Thomas said: “CSW is deeply concerned by the continued harassment of Yoel Suárez. It is unacceptable that his mother has also been targeted as a result of her son’s work writing about human rights issues in Cuba. Mr Suárez is not guilty of any crime, and neither he nor his family should be subjected to such intense harassment by the Cuban authorities. CSW is also concerned that the Cuban government continues to use laws and decrees to repress civil society and to restrict the individual exercise of fundamental human rights such as freedom of expression.  We call on Cuba to cease all harassment of Mr Suárez, his family, and other journalists and activists working in the country. We also urge the international community to raise this case with Cuba at every opportunity.”