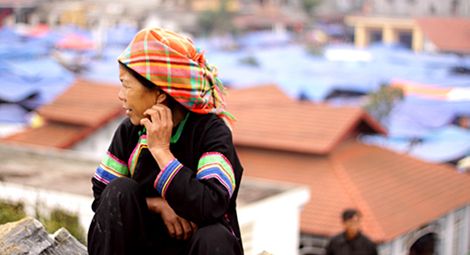 There are continued reports of severe violations of freedom of religion or belief (FoRB) against every major religious community in Vietnam, including Buddhists, Catholics, Cao Daists, Hoa Hao Buddhists and Protestants. The violations range from harassment, intimidation and intrusive monitoring, to arrest, imprisonment, torture and extra-judicial killing. In addition, human rights defenders (HRDs) defending the right to FoRB are especially targeted by the authorities.

Law on belief and religion

On 1 January 2018 Vietnam’s first ever Law on Belief and Religion came into effect. The Law requires religious groups to register for permission for a broad range of activities. The registration process is complex and open to abuse by officials prejudiced against a particular religion, belief, organisation or individual.

Religious groups which choose not to register with the authorities for reasons of conscience, or have had their application for registration rejected or ignored, can be subject to various levels of harassment, intimidation and violence. Often attacks are carried out by ‘thugs’ believed to be hired by local authorities to pressure unregistered groups to stop their religious activities.

Violations of freedom of religion or belief

While the situation for religious communities varies widely between different areas of the country, individuals in remote areas who are both ethnic and religious minorities, such as the Montagnard ethnic minority Catholics and Protestants in the Central Highlands of Vietnam, suffer the most severe abuses. These include: pressure to recant, forced eviction, denial of access to public services and grants, beatings, torture, sexual abuse, arbitrary detention, imprisonment, threats, intimidation, disruption of religious services, prevention from attending religious services, confiscation of religious materials, denial of access to education, and damage to properties used for religious services.

Independent religious groups not recognised by the government continue to encounter various forms of harassment. Among these groups is the Unified Buddhist Church of Viet Nam, whose leader Thich Quang Do was been deprived of liberty in various forms for decades before he passed away in February 2020. Independent Cao Dai and Hoa Hao Buddhist groups are also targeted with a range of violations, including disruption of religious activities, arbitrary detention of religious leaders and adherents, and confiscation of property used for religious worship.

There are also reports that Muslim and Hindu Cham places of worship have been used as tourist attractions, at times disrupting legitimate religious activities, while land and buildings of religious significance have been confiscated by developers with support from the authorities.

Many human rights defenders risk their safety to stand up for victims of FoRB violations and other human rights abuses. In February 2017 Pastor Nguyen Trung Ton, a Protestant pastor and human rights defender, was kidnapped by state agents, stripped naked, tied, beaten and abandoned in a remote mountainous location in the middle of the night, leaving him with serious injuries. Pastor Ton was tried on 5 April 2018 and sentenced to 12 years in prison.

Also tried on 5 April 2018 was Hoa Hao Buddhist Nguyen Bac Truyen, a legal expert who has provided pro bono legal assistance to families of political prisoners, victims of land grabs and persecuted religious communities. He was sentenced to 11 years in prison. Prior to his detention, Mr Truyen and his wife were physically attacked by unknown assailants on several occasions. Both Mr Truyen and Pastor Ton had their sentences upheld at an appeal hearing in June 2018.

In addition, Catholic leaders and activists have been beaten, denounced by officials, and imprisoned for organising peaceful protests following the Formosa company steel plant disaster in April 2016, which left many families with no means of livelihood.

In May 2019 concerns were raised over the safety and wellbeing of activists Nguyen Bac Truyen, who had gone on hunger strike along with three other prisoners of conscience in protest of the grievous ill-treatment of a fellow prisoner, Nguyen Van Hoa. At the time he was said to be extremely frail and rapidly losing weight, as well as suffering from abdominal pain due to pre-existing conditions which began during a previous prison term.

One of Mr Hoa’s former cellmates reported at the time that the young Catholic activist had sustained bruises and abrasions, and been choked by a prison guard. He had also been beaten on previous occasions and held in solitary confinement with his feet shackled.

On 30 June 2019 the European Union and Vietnam signed a Free Trade Agreement and an Investment Protection Agreement. Prior to the signing of the agreements, 14 MEPs wrote to the President of the European Council, Donald Tusk, to raise concerns about the human rights situation in Vietnam. The MEPs called for a number of improvements, including the release of all political prisoners, public commitment to repeal or revise problematic legal provisions, and concrete steps towards the recognition of independent labour unions and other reforms in areas of labour rights protection. In a joint letter to MEPs, NGOs, including CSW, also expressed serious concerns and recommended that Parliament withhold consent and approve a parallel resolution laying out the human rights conditions that Vietnam should meet for MEPs to agree to the deal. On 12 February 2020 the European Parliament approved both agreements.

The families of imprisoned human rights defenders have also continued to be targeted by the Vietnamese authorities. In January 2020 exiled lawyer Nguyen Van Dai and Vietnamese human rights organisations The 88 Project reported that Pastor Nguyen Trung Ton’s son had been detained at a border checkpoint after he returned to Vietnam. Pastor Ton is also reportedly suffering various health issues and has been denied medical treatment.

To the government of Vietnam: