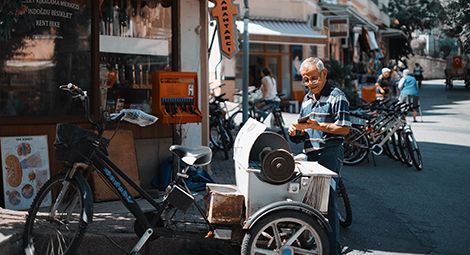 Although officially a secular state, Turkey is caught between its secular and Islamic identities. A significant deterioration in human rights occurred in the aftermath of the foiled military coup of July 2016. Since then, thousands of journalists, academics, activists, writers, teachers, judges and thinkers have been arrested and accused of being ‘traitors and collaborators against national interests’. Others have been forced to adopt lower profiles and live in anticipation of being arrested, or to seek asylum in another country.

In the prevailing atmosphere religious minorities are increasingly vulnerable, despite the existence of comprehensive legislation that protects freedom of religion or belief (FoRB). The constitution provides for freedom of belief, worship and the private expression of religious ideas, and prohibits discrimination on religious grounds. In recent years the government has taken some positive steps to address the concerns of religious minorities and to uphold FoRB. However, problems remain in some areas, including the media, education, and the registration of church buildings.

The current government has increasingly conflated religious and national identities by publicly endorsing a move towards a Sunni Muslim identity for Turkey, including by showing partiality towards Sunni Islam within the policy of the Diyanet (the Presidency/Directorate of Religious Affairs). The promotion of ultra-nationalism has contributed to a rise in discrimination and in hate speech that encourages violence towards non-Sunni religious communities. Such incitement is visible in a variety of sectors ranging from education, the workplace and religious practice, to day-to-day administrative procedures.

There has been a surge in the expression of anti-Christian sentiments in pro-government media, and there are increasing reports of incidents of bullying and intimidation against Christian students in schools. Educational books can fuel societal hostility against, and distrust of, religious minorities. For example, textbooks denigrate missionary activity and describe it as a means of dividing the nation.

In October 2016 American Pastor Andrew Brunson was arrested and accused of plotting to overthrow the government. He was formally indicted in March 2017 on charges including supporting the outlawed Kurdistan Workers' Party (PKK) and the Gulen Movement, which Turkey accuses of orchestrating the coup attempt in July 2016 Pastor Brunson was released following his fourth court hearing on 12 October 2018; however, Christians, and particularly converts to Christianity, have continued to be targeted with accusations of a variety of malpractices. In some cases, claims have explicitly sought to falsely associate Christians with Pastor Brunson.

While plans for new mosques are authorised by officials, religious minorities – particularly Alevis, Jehovah’s Witnesses and Christians – continue to face restrictions on the construction of new houses of worship.

The Orthodox Halki Seminary, which was forcibly closed by the government in 1971, remains shut, despite promises that it would be reopened. The reopening of the seminary faces strong opposition from Islamist and nationalist parties.

Over the past three years, at least 40 Christian expats have been deported from Turkey.

In 2019 CSW reported that the situation of Iranian Christian asylum seekers residing in Turkey lacks clarity as their cases are handled directly by the Turkish authorities and not by the United Nations High Commissioner for Refugees (UNHCR). As a result, refugees do not enjoy the full protection of the UNHCR, and are vulnerable to intimidation and exploitation by the police and employers. Many refugees work 16 hours per day for half the average earnings of a Turkish employee.

Iranian and Syrian refugees express desperation and frustration at their current situation. Exploitation at workplaces and bullying at schools are common themes, with many refugees reportedly obliged to hide their faith in order to keep their jobs, while others were sacked once their employers discovered they were Christians. In some cities, such as Konya, even Turkish Christians had been forced to leave because they could not cope with the level of societal hostility towards them.

In October 2019 billboards encouraging Muslims not to befriend Jews and Christians were erected in the conservative city of Konya in southwest Turkey. The billboards sparked outrage and were condemned by rights groups both inside and outside the country.

On 22 November 2019 Pastor Jinwook Kim, a church leader from South Korea, was stabbed to death in Diyarbakir city in southeast Turkey. Pastor Kim had been living in Turkey for 5 years, and had moved to Diyarbakir in 2018, where he led a small congregation. A 16-year-old male was arrested in connection with his murder. The motive for the killing is thought to have been robbery, as the pastor’s telephone was missing.  However, several local sources suggested he was targeted because of his faith.

On 9 January 2020 Assyrian Christian Priest, Father Sefer Bileçen (known as Father Aho), was arrested along with two other Assyrian Christians in Mardin province. Father Aho has been taking care of the 1500 year-old Mor Yakub Monastery in Mardin province for many years. He was reportedly arrested on the basis of secret testimony by a member of People's Defence Forces (HPG), the military wing of the Kurdistan Workers' Party (PKK), which has been designated a terrorist organisation by Turkey. Father Aho was accused of providing food and water to HPG fighters when they come to the monastery.

Father Aho was released on bail on 14 January, and was charged with joining a terrorist organisation on 16 January. His next hearing was scheduled to take place on 19 March but was postponed due to the outbreak of the Covid-19 pandemic.

On 11 January 2020 an elderly Assyrian Christian couple, Hurmuz and Şimoni Diril went missing in Mehre (Kovankaya) village in Beytüşşebap District in Şırnak Province, southeast Turkey. Their son, Father Remzi Diril, is the priest in the Chaldean Church in Istanbul. CSW’s sources reported that the couple had received several threats in the past from Turkish and Kurdish residents, and it is widely believed that they were abducted in order to scare the remaining Christians in the area into leaving their ancestral land. Mrs Diril’s body was discovered near their village on 20 March 2020. Her husband remains missing.