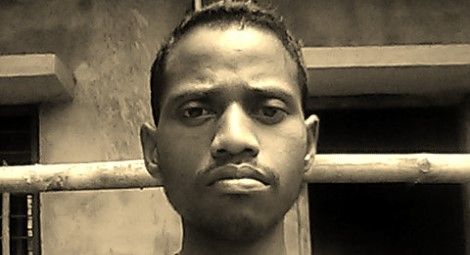 Kande Mudu (Philip), a 27-year-old man who converted to Christianity four years ago, was murdered in Bari village, Khunti District, Jharkhand on 7 June. His family was the only Christian family in their village and faced local opposition and threats to their lives, including a violent attack on their home in 2018.

Mrs Bindu Mudu and the couple’s two daughters, who are one and three years old, were forced to flee for their lives after the murder.

The attack took place at approximately 8pm on 7 June. Mr and Mrs Mudu had finished dinner and gathered for family prayer when they heard banging on their front door. A group of six to eight men armed with sharp weapons and homemade pistols demanded that Mr Mudu come outside. The men later broke down the door and dragged him outside as Mrs Mudu pleaded for her husband’s life. Once they had got Mrs Mudu out of the way, the men proceeded to violently hack Mr Mudu with their weapons, slitting his throat.

Mrs Mudu told CSW that after hearing the men at the front door, her husband knew that their lives were in danger and that the men had bad intentions. He told his wife that he might be killed but assured her to remain strong and to never give up her faith in Jesus even if they killed him. She took her children and ran for help to the nearby houses, but no one came to her aid. CSW discovered that the villagers were afraid to offer her help as they had been warned by the perpetrators not to come out of their homes that night. After fleeing several kilometres, Mrs Mudu and her daughters took refuge in the home of another church member, where they spent the night.

Mr Mudu’s body was discovered by his younger brother on the village road at approximately 10pm, at which point the police were alerted. An autopsy was carried out immediately and his funeral was conducted on the 8 June. Mrs Mudu told CSW that after the funeral, her father encouraged her to forsake her religion if she wanted to stay alive, reminding her that her mother was gang raped in 2018 in a previous attack on the family, and now she has lost her husband, to which she responded, “I will live for Jesus and die for Jesus, but I will never turn back.”

According to Mrs Mudu, the villagers knew of her husband’s Christian faith and that he was an active member of a local church, which is associated with the Hebron Assembly (Hyderabad). Mrs Mudu told CSW that her husband faced regular opposition from the local community after he converted to Christianity and was often called to village meetings to explain his faith. Threats to his life continued to increase because he refused to make any financial contribution to the local village prayers and participate in them.

In 2018 Mr Mudu and his family narrowly escaped an attack on their home, during which his mother-in-law was gang raped. Six men were charged for the crime of rape, but only five were arrested, convicted and sentenced to seven years imprisonment for the offence. The unnamed felon, who was never apprehended by the police, continued to harass Mr Mudu to withdraw the rape charge against him and threatened to harm Mr Mudu if he did not forsake his faith. The harassment and threats by the unnamed felon and other unidentified persons continued for two years; occasionally they would harass Mr Mudu at his home late at night.

A First Information Report (FIR), required for the police to begin an investigation, has been registered in the murder of Mr Mudu. While investigations are ongoing, no suspects have been arrested thus far. Mrs Mudu and her children have taken refuge in an undisclosed location.

CSW’s Chief Executive Mervyn Thomas said: “Our deepest prayers and condolences go out to Mr Mudu’s wife, Bindu and his family for the loss of a husband, father and son. Mr Mudu was murdered on account of his faith. We at CSW are increasingly concerned by the relentless harassment, discrimination and suffering that Christians in India face, simply for exercising their right to practise a religion that is different from the majority of their fellow citizens. India’s constitution clearly states that “all persons are equally entitled to freedom of conscience and the right to freely profess, practice and propagate religion.” The culture of hatred towards religious minorities and the impunity which surrounds attacks against them is rampantly spreading across India. This must be addressed urgently and we urge the authorities in Jharkhand and the central government to develop a plan of action. Christians and other religious minorities must feel safe and be able to live in their homes and have livelihoods as equal citizens without fear of violence or harassment from any segment of the community.”