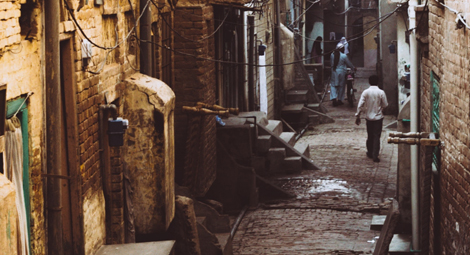 On 20 July the All-Party Parliamentary Group (APPG) for the Ahmadiyya Muslim Community launched a new report, entitled ‘Suffocation of the Faithful: The Persecution of Ahmadi Muslims in Pakistan and The Rise of International Extremism,’ which provides a detailed investigation into targeted attacks on Ahmadi Muslims around the world, with particular emphasis on Pakistan.

Pakistan’s Ahmadi Muslim community has faced consistent systematic discrimination, harassment and attacks since 1974, when then-Prime Minister Zulfikar Ali Bhutto introduced a Constitutional Amendment which specifically targeted the community by declaring them non-Muslims. In 1984, General Zia-ul-Haq introduced Ordinance XX (20), which further stripped the community of the right to identify themselves as Muslims and the freedom to practice their religion freely. The move fundamentally eliminated every right afforded to the community under the Universal Declaration of Human Rights, despite the fact that the Ahmadiyya community has played a key role throughout the history of Pakistan.

In a speech read on his behalf at the launch of the report, His Holiness Hazrat Mirza Masroor Ahmad, the leader of the global Ahmadiyya community, noted that: “Despite the persecution we face in Pakistan and the myriad of restrictions placed upon us, Ahmadi Muslims continue to serve their nation with a spirit of love, selflessness and devotion, as loyalty to one’s nation is an inherent part of Islamic faith.”

Attacks on Ahmadiyya mosques, false blasphemy accusations, hate speech, biased education and institutional discrimination against the Ahmadiyya community is common. Ahmadis are not recognized as Muslims in their essential documents, including on national identity cards or passports.

In July 2020 dozens of Ahmadi gravestones were demolished by law enforcement personnel in Gujranwala District. Similar incidents have also been reported in other parts of the country. On 5 May 2020 Pakistan’s Federal Cabinet created the National Commission for Minorities (NCM) which controversially excluded the appointment of Ahmadis. Information Minister Shibli Faraz claimed that the “non-inclusion of any Ahmadi in the commission [was] because they do not fall in the definition of minorities.”

The APPG report also raises concerns regarding the targeting of the Ahmadiyya Muslim Community in the United Kingdom as a result of hate and prejudice that is broadcasted from Pakistan. The murder of Ahmadi Muslim Asad Shah in Glasgow in 2016 is one example.

The APPG makes several recommendations, including that the UK Office of Communications (OfCom)  monitors channels that breach broadcast regulations by encouraging hate speech; that governments ensure that aid to Pakistan is not used to promote hatred against any religious community in the country; and that the government of Pakistan is held to account on its commitments to uphold freedom of religion of belief for all.

CSW’s Head of Advocacy Khataza Gondwe said: “CSW welcomes this timely and in-depth report and continues to stand with the Ahmadiyya Muslim Community in opposing religious hatred and advocating for mutual respect and peaceful coexistence between all faith communities in Pakistan. We urge the government of Pakistan to respond to the findings of this report swiftly and effectively. We also call on the UK government to adopt recommendations that will ensure that Ahmadiyya Muslim Communities both in the UK and in Pakistan receive necessary protections.”