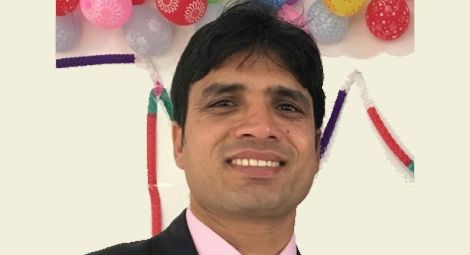 Pastor Keshav, who leads Abundant Harvest Church in Pokhara, was first arrested on 23 March after a video of him saying that the coronavirus could be healed through Christian prayer was uploaded on YouTube on 22 February. The pastor denies uploading the video.

On 8 April the pastor paid a bail amount of NR5000 (approximately £34), but he was not released. On 9 April he was  charged with “outraging religious feelings” and “attempting to convert” under Sections 156 and 158 of the Nepalese Penal Code, and the District Court subsequently ordered a bail amount of NR500,000 (approximately £3400) on 19 April. Despite having paid this amount on 13 May, Pastor Keshav was arrested for a third time and was immediately transferred to Dolpa District Police Office.

Pastor Keshav was finally released from Dolpa prison on 30 June after his lawyer deposited a bail amount of NR300,000 (approximately £1942). The pastor is awaiting a final hearing of his case, and the charges against him remain in effect.

In the open letter, the organisations state: “In summary, a total of three charges have been filed against Pastor Keshav. The authorities handling of the case shows a lack of concern for rule of law and an unlawful limitation of freedom of speech and religion guaranteed by the Nepali constitution… Left unchecked, the arrests and rearrests of Pastor Acharya will set an unhealthy precedent that will further deteriorate the safeguards promulgated under Article 26(1), restricting the freedom of religion and belief of Christians and other religious minorities for simply expressing basic tenets of their belief.”

CSW’s Chief Executive Mervyn Thomas said: “The charges against Pastor Keshav are completely unfounded, and the handling of his case represents a grave and ongoing miscarriage of justice. CSW joins members of the International Religious Freedom Roundtable in urging the Nepalese government to drop all charges against him immediately and without condition. We call on Nepal to respect its international commitments to protect and promote the right to freedom of religion or belief in accordance with the International Covenant on Civil and Political Rights, to which it is a Party, and as a member of the UN Human Rights Council.”