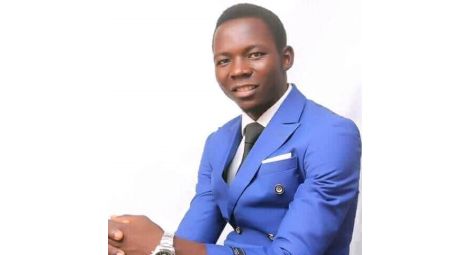 At least 21 killed in latest attacks in southern Kaduna

Ten people were killed, approximately 11 were seriously injured and five homes were burnt down during an attack by armed assailants of Fulani extraction on Zikpak, the seat of the Fanstwam Chiefdom in Jema'a Local Government Area (LGA), southern Kaduna state, at around 7pm on 24 July.

The victims have been named as Cecilia Audu (65); Joel Cephas (5); Madam Dakaci (52); Matina Dauda (70); Yanasan Dauda (70); Luka Garba (75); Victor Ishaya (22); Katung Kantionk (60); Kingsley Rapheal (28), and Rev Kuyet Shamh Ishaya (25), who had recently graduated from the Evangelical Church Winning All (ECWA) Theological Seminary and was soon to be married. The attackers also attempted to burn down the local ECWA Church building, but rain extinguished the flames.  Six of the injured survivors are reportedly in specialist hospitals. According to local sources, security agents arrived at the scene well after the assailants had left. Zikpak is less than 2km away from the Joint Task Force (JTF) base.

This was the second assault on communities around Zikpak within two days. In the immediate aftermath of the attack Governor Nasir el Rufai of Kaduna State extended a 24-hour curfew, which has been in place in Zangon Kataf and Kauru LGAs since 11 June, to cover Jema’a and Kaura LGAs.  Nevertheless, according to the Southern Kaduna Peoples Union (SOKAPU), on 25 July militia men attacked Zikpak for the third time, opening fire on its inhabitants at around 6am, but were driven away by local youth.

On 23 July, a militia attack on Agwala Magayaki in Doka Avong, Kajuru LGA, which occurred at around 8pm, claimed the lives of Thaddeus Albarka (32), Luvinus Danmori (52), Hannatu Garba (55), John Mallam (80), Albarka Mallam (85), Daniel  Mukadas (70), and Jumare Sule (76). Prior to this attack Fulani assailants had descended on Takau Gida, Ungwan Masara on 22 July, but had been driven back by local youth. On the same day an attack on Kizachi-Chawai village in the Chawai Chiefdom claimed the lives of Kefas Monday (17), Lydia Monday (14), Giwa Thomas (14), and Living Yohanna (27).

The attacks on Zikpak are the latest in a sustained campaign of violence targeting farming communities in southern Kaduna which has been ongoing since January 2020, and which has seen a particular surge during July. Neither a COVID-19 lockdown nor the June curfew have inhibited perpetrators from attacking seemingly at will. CSW Nigeria has calculated that from 25 March, when the COVID-19 lockdown came into effect, until the morning of 15 May, 16 armed attacks were launched across five LGAs, claiming 59 lives. In addition, 155 homes were burnt down, and hundreds of people were displaced.  Meanwhile, villagers deemed to have violated the lockdown were arrested and fined, and in Zangon Kataf Atyap youth who attempted to tend farms were detained for breaching the 24-hour curfew.

Despite recent assurances by the Presidency of comprehensive security coverage in southern Kaduna, at least 80 people have been killed in July alone. 48 of these victims died in attacks launched between 19 and 24 July, yet no perpetrators have been intercepted or arrested. In a letter to Nigeria’s Inspector General of Police (IGP) dated 22 July  the International Society for Civil Liberties and Rule of Law (Intersociety) stated that 300 southern Kaduna Christians had been killed in militia attacks in the 200 day period from 1 January to 20 July, and called for even-handed interventions on the part of law enforcement agencies.  According to the group 620 Christians have been killed in the area in the last 18 months.

The seeming inability of the government of Kaduna State to end the killings in southern Kaduna is increasingly receiving local criticism. Terming the killings “unimaginably cruel and unspeakably evil”, former senator for Kaduna Central, Shehu Sani, said “the north has lost its conscience and the nation has lost its will and spirit.  Terrorists have turned southern Kaduna into a mortuary and a graveyard.” Former Chairman of the National Human Rights Commission (NHRC) Chidi Odinkalu accused the Kaduna State government of “normalising the slaughter of its own people” by describing the deaths as reprisals.

In a television interview aired on 24 July Bishop of Anglican Communion in Zaria, Kaduna State, Rt Rev Abiodun Ogunyemi stated that “Until the government is ready to do something, the problem will continue.” The bishop described the campaign of violence as “genocide,” attributing a perceived lack of concern on the part of the international community in general, and the United Nations in particular, to the fact that the area is “almost 99%” Christian.

Nigeria is currently ranked the 14th most fragile state in the world and the ninth most fragile in Africa. The country also ranks third, behind Afghanistan and Iraq, among the countries most impacted by terrorism, including from “Fulani extremists.” According to the US Holocaust Memorial Museum’s Holocaust Encyclopaedia common risk factors and warning signs of Genocide include large-scale instability; the prevalence of an ideology whereby leaders believe certain people are inferior or dangerous due to their race, religion, or national or ethnic origin, and the pervasiveness of acts of discrimination, persecution, and violence against people belonging to a certain group.

CSW’s Chief Executive Mervyn Thomas said: “The decision by the Kaduna State government to extend an unsuccessful curfew to cover more areas is deeply perplexing and must be reviewed as a matter of urgency.  Events have already illustrated that the curfew does not deter the perpetrators of the violence.  Instead, in conjunction with the continuing security vacuum, it has made law-abiding villagers easier targets for the killers.  Following her 2019 visit to Nigeria the UN Special Rapporteur on extrajudicial, summary or arbitrary executions described the nation as an ‘injustice pressure cooker.’ CSW calls on the international community to make strong representations to the government of Kaduna State and the Federal government, apprising them of the urgent need to address the situation in southern Kaduna in an unbiased and effective manner while it is still salvageable, and to assist genuine efforts by these authorities to counteract the multiplicity of armed non-state actors currently terrorising Nigerian citizens.”