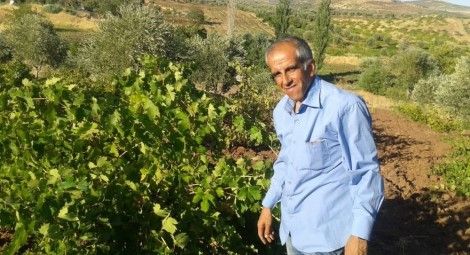 CSW has learned that a 40-year-old Syrian Kurdish man was arrested and accused of apostasy by Failaq Al-Sham, an Islamist group loyal to Turkey, on 30 July.

Local sources report that on 30 July fighters from Failaq Al-Sham arrested Radwan Muhammad at his home in the village of Jaqmaq Kibir near Rajo, a small town in northwest Syria close to Afrin. Mr Muhammad, who works as an English teacher and headmaster, refused the group’s orders to hand his school building over to them so they could turn it into an Islamic school. According to local sources, Mr Muhammad told the group: “I will hand you the building in one case only: if Jesus Christ comes down to earth again.”

Mr Muhammed’s wife died recently, but the group prevented the family from washing and shrouding her body according to the customs of that region. She had converted from Islam to Christianity a while ago.

Pastor Nihad Hassan, who leads a Kurdish church in Beirut, Lebanon, and who is originally from Afrin himself, told CSW: “We are extremely worried about Radwan’s life and wellbeing, he is being held at [Failaq Al-Sham’s] Headquarters in Afrin and they may execute him. Those Islamist groups and their Turkish masters are walking in the footsteps of IS. In fact, many of their fighters are former IS and al Qaeda members.”

Failaq Al-Sham is an Islamist group affiliated with the Muslim Brotherhood. It functions in northwest Syria under the Syrian National Army, an umbrella group for different Islamist factions under direct Turkish command.

In March 2018 the Turkish army captured the city of Afrin with the help of some Syrian Islamist groups. Amnesty International reports that since then “Afrin residents [have been] detained and tortured, with houses and businesses looted and confiscated, and schools destroyed or taken over.”

CSW’s Chief Executive Mervyn Thomas said: “We are deeply concerned for Mr Muhammad’s welfare and we urge his abductors to release him immediately and without condition. We also urge the Turkish authorities to intervene by restraining the various Islamist Militia groups functioning under its command, and to immediately bring to an end all forms of violence and human rights abuses in the areas they control. We call on the international community to press Turkey to comply with international human rights and humanitarian law, and to cease all forms of persecution of religious minorities in Afrin and the surrounding area.”