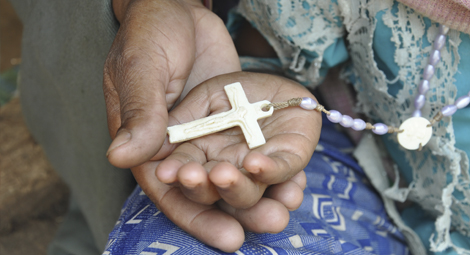 This week marks the 12th anniversary of the violent attacks against Christians in Kandhamal District, Odisha, India. The targeted attacks claimed the lives of more than 90 people.

In addition, 600 villages were ransacked and an estimated 54,000 individuals left homeless, over 40 women were raped or subjected to sexual assault, an estimated 395 churches were destroyed and over 5,600 homes looted. The violence was perpetrated by the Sangh Parivar following a persistent decades-long campaign promoting the Hindutva ideology and hate against Christians in the state.

According to a local monitoring group, more than 3,300 complaints were initially made by victims to the police. However, only approximately 820 First Information Reports (FIR) were registered, of which only 518 cases were indicted. Local sources indicate that in most cases the perpetrators were either never arrested or acquitted.

On 2 August 2016, the Supreme Court of India directed the Odisha State government to re-investigate 315 cases, which involved the most severe incidents of violence. However, none of the cases have been reopened, four years on.

John Dayal, a civil rights activist and writer said: “Kandhamal epitomises not only targeted violence against religious and other minorities, but impunity and state acquiescence with powerful political vested interests. It deals a fatal blow to the concept of rule of law and shakes the faith of the poor in justice.”

The families who fled Kandhamal have not returned to their village for fear of reprisals. Many are displaced and continue to live in extreme hardship having lost their livelihoods. Despite enhanced compensation awarded to 14 Christians by the Odisha High Court in 2018, compensation for majority of victims and for the destruction of houses, charities, shops and churches, remain largely unaddressed and ignored.

CSW’s Chief Executive Mervyn Thomas said: “Today we remember those who lost their lives in the Kandhamal massacre on account of their faith. Many who lost family members continue to live without closure. CSW stands with the families of the Kandhamal attack and urge that justice be done. We call on the Odisha government to reopen the 315 cases still pending a hearing without further delay. CSW recommends that steps are taken to reconstruct damaged property and for adequate compensation and financial arrangements to be put in place for the victims and their children. We also encourage the government to take constructive measures to bring an end to the communal tensions that continue to exist in the state.”

1.      The Sangh Parivar is a consortium of Hindu fundamentalist groups headed by the Rashtriya Swayamsevak Sangh (RSS), the ideological arm of the Bharatiya Janata Party (BJP).