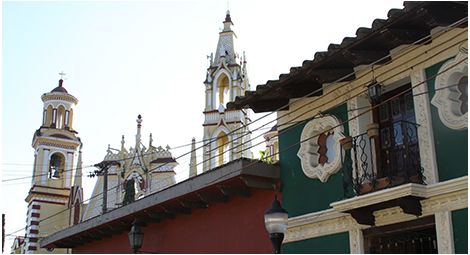 Two Protestant families, who were forced to sign an illegal agreement in which they renounce their right to hold religious services in order to  have their access to water and other essential services reinstated, were informed at a community meeting on 22 August that they risk being cut off again if they cannot pay the remainder of a fine that was levied as part of the agreement.

The two families from La Mesa Limantitla village, located in the Huasteca region of Hidalgo State, refused to sign a similar document renouncing their faith on 14 January 2019. Eight other Protestant families in the village were forced to sign the document, but as a result of their refusal to do so, the two families had their access to water, drainage, government benefit programs and the community mill cut off for over a year until they signed an agreement on 15 January 2020.

At that time, the local authorities paid part of an exorbitant fine that was levied against the families as part of the agreement. However, after several follow-up meetings, most recently on 22 August, the families have been told that they face being cut off from essential services again as they cannot afford to pay the rest of the fine.

The families belong to a religious minority. In July 2019, they were threatened with forced displacement by community leaders if they did not make financial contributions to local Roman Catholic festivals and participate in other activities which conflicted with their religious beliefs.

Illegal agreements such as the ones signed by the Protestants in La Mesa Limantitla village are often used in lieu of appropriate justice mechanisms when the law is broken and the rights of religious minorities are violated. For the most part, these agreements do not result in just outcomes and often invite further restrictions on freedom of religion or belief (FoRB).

FoRB violations such as the denial of access to essential services such as water and electricity for religious minorities, blocking religious minority children from attending school, arbitrary detention and forced displacement are common in the Huasteca region of Hidalgo, which has a large indigenous population. Mexican law gives indigenous communities the right to protect their culture and maintain traditional governing structures as long as fundamental human rights protected by the Mexican constitution, including FoRB, are respected. However, a lack of understanding of these provisions and government inaction leads to high incidences of rights violations.

Earlier this month, community leaders in the village of Cuamontax Huazalingo harvested lands belonging to Gilberto Badillo without his permission. Gilberto Badillo was one of four Protestant Christians forcibly displaced from their village of Cuamontax Huazalingo in the Huasteca region on 28 July 2019 when they refused to sign an agreement that prohibits Protestants from entering the village. Uriel Badillo, Gilberto Badillo’s adult son, told CSW that community leaders had harvested on his father’s land, ignoring his property rights, in an attempt to appropriate the lands belonging to him.

To date, the families have been unable to return to their homes as threats from community leaders continue.  Despite appeals and complaints filed with the Regional Human Rights Office, municipal authorities, the Federal Religious Affairs Office and the Governor of Hidalgo, there has been no follow-up action.

CSW’s Chief Executive Mervyn Thomas said: “We are deeply troubled by the government’s inaction in the Huasteca region and the persistent violations of the right to freedom of religion or belief. We call on the Hidalgo State Governor, Omar Fayad Meneses, to address the injustices against these families without delay, and to ensure that officials in his administration uphold rule of law. We also call on both federal and state governments in Mexico to uphold the right to freedom of religion or belief and to ensure just outcomes for all religious minority communities experiencing violations on account of their religious beliefs.”