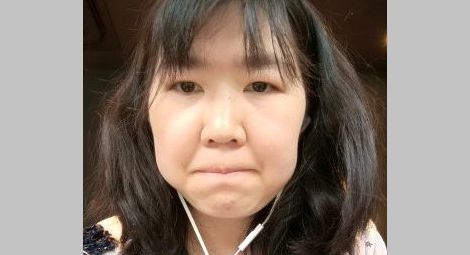 CSW has reiterated calls for the release of detained Chinese human rights defender Zhang Zhan, amid continued concerns for her health and wellbeing. 14 November will mark six months since Zhang, a Christian and former lawyer, was detained by Chinese authorities.

Zhang had travelled to Wuhan, the epicentre of the COVID-19 outbreak, in early February, from where she posted videos and articles about the COVID-19 outbreak on Twitter and YouTube, both of which are blocked in China, and other social media platforms. She was taken away from her hotel room in Wuhan by Shanghai police on 14 May and has been detained the Pudong District Detention Centre in Shanghai ever since.

In October, CSW reported that Zhang had been on hunger strike in protest of her detention since the beginning of summer, with staff at the detention centre force-feeding her as she refused to eat or drink anything. Recent reports indicate that Zhang remains on hunger strike today, and there are serious fears for health and wellbeing.

Additionally, CSW sources report that Zhang’s lawyer Wen Yu, who was only able to meet with her in September, is no longer responsible for her case. The reasons for this are unclear.

CSW’s Founder President Mervyn Thomas said: “Once again CSW calls for the immediate and unconditional release of Zhang Zhan, who has now been detained for six months solely for reporting information of public concern. We are deeply concerned for Zhang’s health, and at reports that her lawyer has left her case. We call on the Chinese authorities to ensure a safe environment for activists, lawyers and journalists to exercise their fundamental rights to freedom of expression and the peaceful defence of human rights. We are also concerned at the UK government’s admission that it has not raised Zhang’s case with China, and call on the UK and all members of the international community to demonstrate a robust commitment to human rights by standing up and speaking out on Zhang’s behalf.”