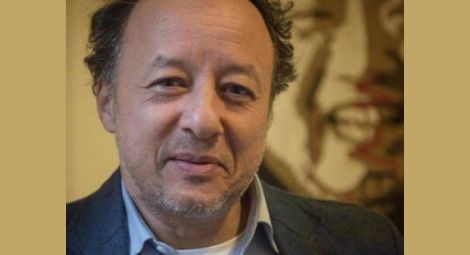 Gasser Abdel-Rzaek, one of those detained. Credit Egyptian Initiative for Personal Rights.

CSW welcomes the release of three staff members of the Egyptian Initiative for Personal Rights (EIPR) following international pressure to secure their freedom.

Mr Gasser Abdel-Razek, the CEO of the EIPR; Mr Mohammad Basheer, the EIPR’s director; and Mr Karim Ennara, the Director of the EIPR’s Criminal Justice Unit, were initially arrested in a series of police raids from 15-19 November.

Their arrests provided a worrying indication that an ongoing crackdown on human rights may be intensifying. The EIPR is one of the few human rights organisations still operating in Egypt. The organisation works on several human rights issues, including freedom of religion or belief (FoRB) and gender equality.

The three men were released following sustained calls from individuals and organisation from across the world,  including UN Mandate Holders and the incoming US Secretary of State.

CSW’s Founder President Mervyn Thomas said: “CSW welcomes the release of these three men who were detained solely for advocating for the rights of their fellow citizens. We reiterate that none of them should have ever been imprisoned in the first place, and call on the Egyptian authorities to ensure a safe and enabling environment for all who  work to uphold justice, equal citizenship and the fundamental rights and freedoms of their fellow citizens.”