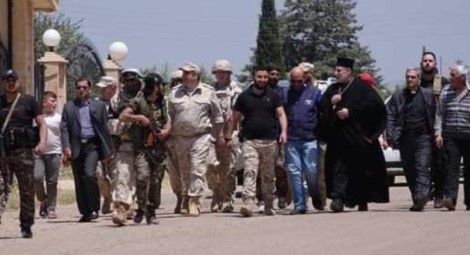 CSW has learned that approximately 100 displaced Christian families have returned to their homes in the village of Kharaba, in the vicinity of Daraa governorate in Southwestern Syria, on 3 May.

Kharaba was home to nearly 1,200 Christians before it was taken in 2014 by local rebel groups fighting the Assad regime. Most of them fled to Damascus and neighbouring Suwayda, and Muslim families moved into their homes. Assad’s forces retook Daraa governorate in 2018 after fierce fighting and a heavy bombardment which caused widespread destruction in the region, before a Russian-sponsored ceasefire was achieved.

Despite having regained control of Daraa, Syrian government officials ignored reported requests from Kharaba’s Christians to help them return to their homes. The Christians then approached a local community leader and former rebel commander who is currently leading a local military force, in co-operation with Russian forces, to maintain peace and order. After months of negotiations and efforts to restore and repair homes and churches, the Christians were able to return on 3 May, and a celebratory ceremony was attended by the Muslim and Christian communities and their religious leaders.

Dr Khalid Almahameed, a businessman and politician from the region, led negotiations with the families who were living in Christian homes and helped them to find alternative housing elsewhere. He also contributed to the restoration of homes and churches in the village. He told CSW: “It was the right thing to do and I am pleased I was able to help, Christians are our brothers and sisters and we want to work together as Syrians towards a new Syria free from all forms of dictatorship and injustice.”

Mr Ayman Abdelnour, Chair of the NGO Syrian Christians for Peace (SCP), also took part in the negotiations. He said: “Syrians from all religious and ethnic backgrounds have suffered a lot. Dictatorship and extremism are inextricably intertwined, and Syrians deserve a better future.”

In an unrelated development, a Christian man was abducted in Alyaqubiya village in Idlib countryside in northwest Syria on 7 May. Mr Samir Mistrih, a mechanic in his early 50s, is one of very few Christians remaining in the region, which is currently under the control of a coalition of extremist groups led by Hay'at Tahrir al-Sham, an offshoot of al-Qaeda. He disappeared on his way to his garage, which is only 100m from his home.

CSW’s Chief Executive Mervyn Thomas said: “While we welcome the news of Christian civilians returning to their homes in Kharaba, we are deeply concerned by the abduction of Mr Mistrih. We continue to urge all warring parties in Syria, including the Syrian and Russian authorities, to prioritise the protection of civilians, and call on the international community to assist Syrians in their efforts to achieve democratic reforms and sustainable peace in their country.” 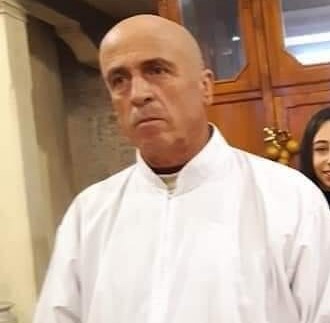