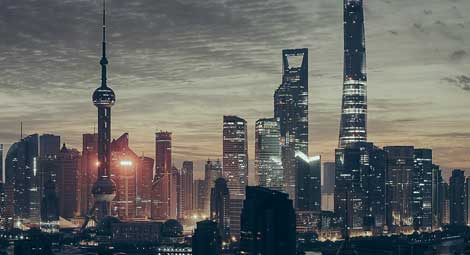 The National People’s Congress Standing Committee, China’s highest legislative body, has passed a new national security law for Hong Kong amid grave human rights concerns raised by activists and residents. Religious communities in the city, as well as the US Commission on International Religious Freedom, have also expressed concerns about the potential threat to freedom of religion or belief (FoRB).

The law took effect at 23.00 hours local time on 30 June, as soon as the Chinese language version was published. However, no official English translation has been released. Chinese state-run media have published some details on parts of the bill which prohibit secession, subversion, terrorism and collusion with foreign forces to endanger national security. The law has met with fierce opposition from activists, residents and democratic governments around the world, who believe the law is a serious threat to human rights and fundamental freedoms.

The criminalisation of acts categorised as ‘subversion’ and ‘foreign collusion’ could potentially endanger the right to freedom of religion or belief in Hong Kong. In Mainland China, religious leaders and lawyers who defend freedom of religion or belief have been charged under similar terms such as ‘inciting to subvert state power’, including Pastor Wang Yi of Early Rain Church. In addition, ‘national security’ has long been used as a pretext for heavy restrictions on ethnic and religious minorities such as Uyghur Muslims and Tibetan Buddhists.

On 31 May a group of Christian pastors and churchgoers in Hong Kong issued a statement expressing their opposition to the law, stating that the decision further deprives Hong Kong of freedom and human rights. Falun Gong practitioners have also expressed fears that the law will be “the end of freedom of speech and freedom of belief in Hong Kong.”

The United States Commission on International Religious Freedom (USCIRF) has also expressed concern about the effect that the law will have on FoRB in Hong Kong. In a statement USCIRF Commissioner Gary Bauer said: “This new national security legislation would potentially expand the Chinese Communist Party’s war on faith in the mainland to hundreds of thousands of believers in Hong Kong.” The statement also cites fears from religious leaders in the city, and notes that the head of China’s Hong Kong office, Xia Baolong, previously oversaw a crackdown against churches in Zhejiang Province.

The law has drawn widespread concern from the international community, including the EU, Japan, South Korea, Taiwan, the UK and the USA. On 30 June UK Foreign Secretary Dominic Raab said that China’s decision not to step back from imposing the new legislation was “a grave step, which is deeply troubling,” adding, “we urgently need to see the full legislation, and will use that to determine whether there has been a breach of the Joint Declaration and what further action the UK will take.”

CSW’s Chief Executive Mervyn Thomas said: “We are dismayed by the passing of a law which is at odds with Hong Kong’s long-standing status as a city based on the rule of law and respect for human rights, including the right to freedom of religion or belief. There are widespread fears that this law could seriously threaten religious freedom and other human rights for the city’s residents, with a chilling effect on civil society. The Chinese government is responsible for some of most serious human rights violations in the world today. We echo the recommendations made by 50 UN Independent Experts calling on the UN Human Rights Council to take urgent action to monitor human rights violations in China, including Hong Kong. We further call on the international community to stand with everyone in Hong Kong – including religious communities and civil society groups – peacefully advocating for human rights and rule of law. In the face of these unprecedented challenges, we must look for new ways to support these courageous individuals.”