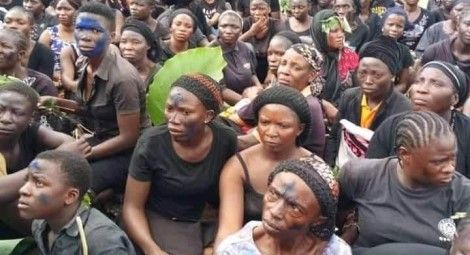 The Islamic State West Africa Province (ISWAP) has released a video depicting the executions of four aid workers and a private security guard who were abducted on 8 June on the Monguno-Maiduguri road in Borno State, after ransom negotiations reportedly failed.

In a brief proof of life video released on 29 June, Abdulrahman Babagana, the camp manager for the State Emergency Management Agency in Monguno; Darman Dungus, who was employed by REACH International; Joseph Prince, who worked for the Alje Security Organisation; Ishaku Yakubu from Action Against Hunger (ACF); and Luka Filibus from the International Rescue Committee (IRC); pleaded for their respective organisations and the Nigerian government to save their lives.

In the latest video, released in the evening of 22 July, the five men are seen blindfolded and kneeling with their backs to five armed masked men in military fatigues as one of the terrorists, speaking in Hausa, gives reasons for their actions before the men are shot dead. ISWAP had reportedly requested $500,000 for their release. According to the Nigerian news agency HumAngle, the terrorist faction is currently short of food and money due to the government’s determination to no longer negotiate or pay ransoms.

CSW’s Chief Operating Officer Scot Bower said: “CSW extends its deepest condolences to the families of Abdulrahman Babagana, Darman Dungus, Joseph Prince, Ishaku Yakubu, and Luka Filibus.  These cowardly executions constitute a gross violation of international law, and we condemn them in the strongest terms. Once again a death cult that goes to the most appalling lengths to extort money and garner headlines has deprived the world of dedicated, courageous individuals who worked selflessly to assist vulnerable communities in a dangerous area.  We urge the Nigerian government to adequately resource the military units serving in the north east of the country, enabling them to address the terrorist threat decisively, and to offer adequate protection for civilians.”

On 21 July the Nigerian Senate passed a resolution calling for the country’s Service Chiefs to step down following a motion moved by Senator Ali Ndume in the wake of the killing of 23 soldiers in an ambush in Katsina State in the north west and the mass resignation of 380 soldiers, 356 of whom cited  a “loss of interest” as their reason for resigning.  However, the Nigerian Presidency has rejected the call.

The tenure of the current Service Chiefs, who have been in office since 2015, has been marred by an acute deterioration in security due to a multiplicity of armed non-state actors. On the evening of 22 July, Katripan village in Kaura Local Government Area (LGA), southern Kaduna State, came under attack by armed assailants of Fulani ethnicity, who were eventually repelled. It was the latest incident in a sustained campaign of violence targeting farming communities in southern Kaduna which has been ongoing since January 2020. Violence continued during a COVID-19 lockdown, and appears to have intensified during July, claiming at least 60 lives so far. CSW Nigeria has warned of increasing food insecurity in the area, as unchecked violence and a concomitant mass displacement are now occurring during peak farming season.

On 21 July the Nigerian Presidency reacted to the relentless violence by claiming in a statement that southern Kaduna enjoyed “comprehensive security deployments” which were “on the ground on a 24-hour basis.” The statement attributed the violence in the area to “an evil combination of politically-motivated banditry, revenge killings and mutual violence by criminal gangs acting on ethnic and religious grounds,” and implied that attacks on farming communities were in response to alleged violence committed by their victims: “revenge and counter-revenge only creates a circle of violence.”

In response, the chairman of the Christian Association of Nigeria (CAN) Kaduna State Chapter, Rev John Joseph Hayab, regretted that state and federal governments were “twisting facts” and “misinforming the Nigerian and the international community” by claiming  southern Kaduna enjoys comprehensive security: “CAN wish to unequivocally assert that the government has not done enough to stop the never-ending attacks, nor has it demonstrated guaranteeing steps to arrest the aggressors.” Rev Hayab asserted that “the government's attitude simply assists criminals killing innocent citizens to be viewed as the victims.” He also called on the authorities to “apply the principle of justice for all in addressing this and other conflicts” in the country.

Hon. Sunday Marshall Katung, a former Member of the House Representatives also criticised the Presidency’s statement, describing it as a factually inaccurate and a “deliberate attempt to cover up the heinous atrocities meted out to the people of Southern Kaduna.”  He added: “The citizens in Southern Kaduna in particular and other parts of the country whose lives have been cut short and who did not have to die deserve the President’s empathy and acknowledgement for gross failing and not an attempt to cover up the atrocities of the killers through the spinning of conspiracy theories or statements that appear to justify criminality.”

On 23 July hundreds of women participated in a protest in Zangon Kataf LGA against the continuing violence in southern Kaduna, while youth from the area protested peacefully in the federal capital, Abuja.

Scot Bower continued: “The persistent failure to address these relentless attacks highlights an overall failure by both levels of government to fulfil their primary responsibility of protecting Nigerian citizens. Moreover, if southern Kaduna does enjoy comprehensive security coverage, then this failure is catastrophic, indicating either incompetence or complicity. It is particularly disturbing that traumatised victims are essentially being re-victimised by false narratives. Across the country Nigerian civilians are bearing the brunt of insecurity that is rising inexorably and threatening the nation and the region. We reiterate our call for international pressure to be brought to bear on Nigeria’s state and federal authorities in order to ensure protection for all citizens, regardless of creed or ethnicity.” 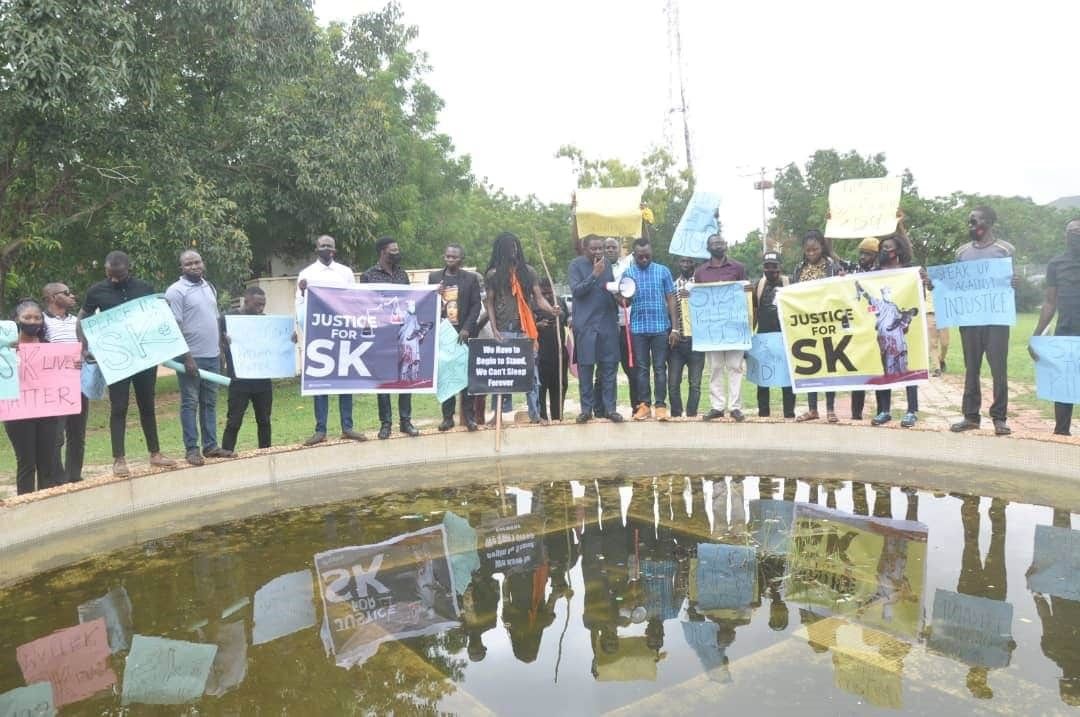