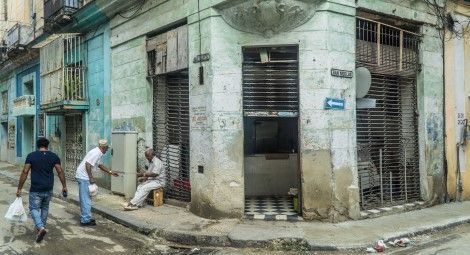 Freedom of religion or belief in Cuba - January 2021

The COVID-19 pandemic in 2020 has intensified existing challenges in the protection and promotion of international human rights. Since the World Health Organisation (WHO) declared a global pandemic on 11 March 2020, governments across the world announced nationwide lockdowns, using emergency powers to curtail certain fundamental human rights and civil liberties to preserve life and limit the spread of the virus. While international human rights law considers all human rights to be universal, inalienable, indivisible and interdependent, not all human rights are absolute, and limitations can be applied to certain rights and freedoms in exceptional circumstances such as threats to national security or public health. However, it is imperative that any such restrictions are applied in a limited and non-discriminatory manner.

In Cuba, as in other countries, one of CSW’s key concerns was that the pandemic would be exploited by the government to ‘legitimise crackdowns on human rights defenders (HRDs), arbitrary detentions or violations of the right to freedom of religion or belief…[or to] undermine transparency and accountability.’ Unfortunately, this fear was realised. During the pandemic, the Cuban government continued to violate freedom of religion or belief (FoRB) routinely and systematically. While limits on public gatherings due to the pandemic reduced the overall number of direct interactions between religious groups and the Cuban state authorities, the government continued to target the religious sector. In 2020, CSW received 203 documented cases of FoRB violations. While this overall number is lower than the 260 documented cases of FoRB violations in 2019, the decrease in numbers is not because of any government change in policy but rather entirely due to the decision of the Ladies in White to halt their weekly attendance at Catholic Mass and protest march for about seven months because of the pandemic. Their protests resumed in October. As a result, the number of violations against them accounts for a quarter of the total violations, whereas typically this number would be close to nearly half of all cases.

The situation on the island was particularly unstable in 2020. Prior to the pandemic, Cuba was already experiencing chronic shortages of food, medicine and hygiene supplies, while coping with weak medical services and a rundown and overcrowded housing sector. The COVID-19 pandemic has intensified a brewing economic and social crisis, and religious groups have sought to play a civic role in helping with this situation by distributing food and other scarce necessities within their local communities. Despite these efforts to provide assistance to those in need, religious leaders and FoRB defenders continued to report harassment, threats, arbitrary detention, and false charges against them during and after national lockdowns. Food distribution to individuals in need by religious leaders was met with opposition from the government, with reports of confiscated food supplies, customs officials blocking overseas humanitarian aid, threats and even charges against religious leaders for the crime of ‘spreading disease’. Under such circumstances, frustration among Cuban citizens grew as the government increasingly ruled by legal decree to restrict FoRB and other rights. CSW noted an increase in cases where the right to FoRB was wrongfully restricted using Decree Law 370, a legal decree which effectively curtails freedom of expression on the internet to guard against ‘disseminating information contrary to the common good, morals, decency, and integrity through public data transmission networks’. While the law came into force in July 2019, it has been used increasingly against independent journalists, including those promoting freedom of religion or belief and other human rights.