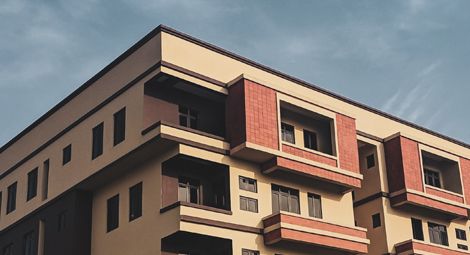 A 13-year-old boy who was sentenced to ten years in prison on blasphemy charges by a Shari’a court in Kano state, northern Nigeria, had his sentence overturned by the appeal division of the state’s High Court on 21 January. On the same day, the court set aside the death sentence handed to singer Yahaya Sharif-Aminu, also on charges of blasphemy, and ordered a re-trial.

On 10 August 2020, a Shari’a court in the Hausawa Filin Hockey area of Kano City found Umar Farouk, 13, guilty of using foul language against God during an argument with a friend. He was subsequently sentenced to ten years in prison with menial labour.

On the same day,  Yahaya Sharif-Aminu, 22, was sentenced to death by hanging after being found guilty of blaspheming in a song he had shared on WhatsApp in late February 2020, which his accusers claimed elevated Sheikh Ibrahim Nyass, a renowned scholar from the Tijjaniyya Sufi order, above the Prophet Mohammed.

During the hearing on 21 January, presiding judge Justice Nasiru Saminu ordered a retrial of Mr Sharif-Aminu’s case on the grounds that initial proceedings at the lower court had been characterised by irregularities, while Umar Farouk’s sentence was overturned because he is a minor. According to the BBC, Kano state authorities are considering appealing against the ruling.

The sentences drew widespread international condemnation, including from UN human rights experts, the United States Commission on International Religious Freedom, UNICEF’s country representative in Nigeria, and the director of the Auschwitz-Birkenau State Museum in Poland, Dr Piotr Cywinski, who offered to serve Umar Farouk’s sentence in his place along with 119 volunteers who would each serve a month in prison.

While Nigeria’s constitution guarantees the right to freedom of religion or belief, blasphemy is prohibited under Section 204 of the country’s Criminal Code. In addition, 12 of Nigeria’s 36 states have enacted the Shari’a penal code since 1999, transforming Islam into a state religion in defiance of the federal constitution, and empowering Shari’a courts to hand out such sentences as amputation for theft and execution for crimes such as blasphemy and adultery.

CSW’s Founder President Mervyn Thomas said: “CSW welcomes the dismissal of Umar Farouk’s sentence, which constituted a gross contravention of Nigeria’s obligations under national, regional and international legislation regarding the rights of the child. We urge the Kano state authorities to ensure that he is able to return to normal life and recover from this undoubtedly traumatic experience without the threat of renewed attempts to bring charges against him. We also welcome the setting aside of the death sentence passed against Yahaya Sharif-Aminu. However, the fact that the charges against him remain in effect, pending a retrial, is concerning. We call for the complete dismissal of all charges against Mr Sharif.  Nigeria’s blasphemy law is entirely incompatible with the country’s national and international obligations. It is also a driver of religious extremism, which is an issue which the country must address as a matter of urgency.”

In a separate development, the son of the leader of the Islamic Movement of Nigeria (IMN), Sheikh Ibrahim el Zakzaky, has reported that his mother, Zeena Ibraheem, has contracted COVID-19 in Kaduna Central Prison, Kaduna state. Sheikh Zakzaky and his wife have been detained since December 2015, when Nigerian security forces launched two days of attacks on establishments belonging to the IMN which left some 700 adherents dead, including three of the couple’s sons.

The Kaduna state government has charged the Zakzakys on eight counts in connection with the events in December 2015, including culpable homicide, unlawful assembly and disruption of the public peace.  Their trial is set to resume on 25 January.

Mervyn Thomas added: “CSW continues to call on the Kaduna state authorities to respect the 2015 Federal High Court ruling ordering the release of the Zakzakys, and to ensure due process is followed in their case. They are elderly, unwell and would pose no danger or flight risk. Reports that Zeena Ibraheem has contracted COVID-19 give added urgency to this call, as her health was delicate prior to contracting this potentially deadly disease. We urge the Kaduna state authorities to ensure she receives all the treatment she requires, and to act swiftly to address the spread of COVID-19 in the state’s prisons.”