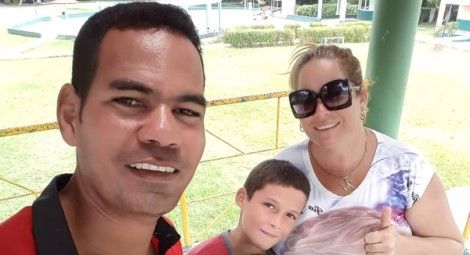 CSW is calling for the immediate release of Cuban pastor Karel Parra Rosabal, who was arrested and has been detained since 12 January at the police unit in Jobabo, Las Tunas. The pastor reportedly spent the first two days of detention incommunicado and on hunger strike.

Pastor Parra Rosabal is the leader of the unregistered Fuego y Dinámica Apostolic Church in Jobabo. Although he was falsely accused of ‘hoarding’, Cuban police told him that he was being arrested “so that you learn that illegal churches in Cuba are not allowed.”

Pastor Parra Rosabal is believed to have been targeted due to his involvement in the Apostolic Movement, a network of relatively large and independent churches across the island. The Cuban government has refused to allow Apostolic Movement churches to register, effectively making them illegal.  As is common in Cuba, the pastor earns a supplementary income by running a small business, a legally registered bicycle repair workshop out of his home.

Pastor Parra Rosabal was at his home on 12 January when the police arrived, claiming that they had a formal search warrant for the premises.  Initially, he sent the officers away, noting that their warrants were not valid. That afternoon the police returned a second time to search his home, this time with an official warrant.  While searching the house, the officers informed Pastor Parra Rosabal that he was under arrest for the crime of ‘hoarding’ (acaparamiento) – having too many tools without proof of purchase. During their search of the house, the police requisitioned 50,000 pesos (approximately $1,890 USD) worth of Pastor Parra Rosabal’s repair equipment. The pastor’s tools are still in police possession as the “investigation” is ongoing, but they have not been officially confiscated. The pastor maintains that all the items in question were acquired legally and that he can produce the proof of purchase.

His trial was expected to take place on 21 January, however this was suspended pending further investigations from the prosecution. CSW sources suggest that Pastor Parra Rosabal is expected to be imprisoned for at least  another week.

During the COVID-19 pandemic, accusations of ‘hoarding’ have been used by the Cuban authorities on occasion to target religious leaders, many of whom have played important roles in providing resources for their local communities.

CSW’s Head of Advocacy Anna Lee Stangl said: “The detention of Pastor Karel Parra Rosabal and the trumped-up charges against him are the latest case in a long record of the Cuban government targeting the pastors of unregistered churches for harassment and imprisonment. We call on the authorities to allow Pastor Parra Rosabal to return him to his wife and three young children and to allow him to continue his pastoral work and maintain his small business, which not only sustains his family in a difficult economic climate but also provides a valuable service to the community in an area of the country where transport options are severely limited. The police must return his bicycle repair equipment. CSW also calls on the international community, including the European Union which is planning an upcoming human rights dialogue with Cuban authorities, to urge Cuba to uphold its obligations under international law, especially in regard to the right to freedom of thought, conscience and religion." 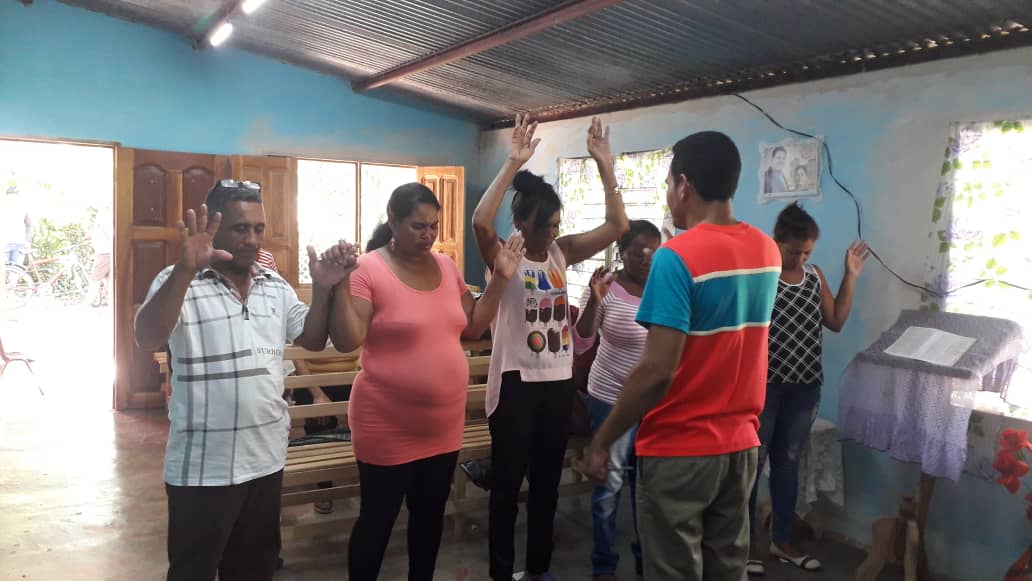 Pastor Parra Rosabal with members of his congregation. Credit: CSW