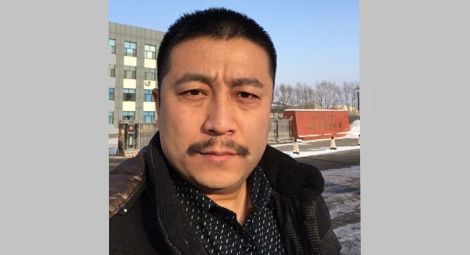 A hearing has been scheduled for 29 January 2021 in Zhengzhou, Henan, concerning the proposed disbarment of Ren Quanniu, a human rights lawyer who represented Chinese Christian activist Zhang Zhan and offered legal advice to the family of one of 12 Hong Kong youths arrested at sea as they tried to flee to Taiwan.

The Henan Provincial Judicial Department has accused Mr Ren of “violating rules” during a trial in November 2018, in which he defended a member of Falun Gong, a spiritual movement banned in China. In a statement posted on social media, Mr Ren points out that “no law passed by the National People's Congress or regulations by the State Council contains any clause designating Falun Gong as xie jiao.” Groups labelled ‘xie jiao,’ usually translated into English as ‘heterodox teachings’ or ‘evil cults,’ are banned in China.

Zhang Zhan is a Christian human rights defender and citizen journalist who was sentenced to four years in prison after posting videos and articles on social media about the COVID-19 outbreak. On 13 January 2021, her other lawyer, Zhang Keke, was able to visit her for the final time. Mr Zhang reported that she had decided not to appeal against the verdict, but indicated that she would continue to protest her innocence by refusing to eat normally throughout her jail term. Staff at the detention centre where she is being held have threatened to resume force-feeding her.

Zhang’s imprisonment has drawn widespread international concern and condemnation. On 8 January, human rights NGO Amnesty International said that “there remains grave fear that she might face further torture and other ill-treatment.” On 20 January, members of the Media Freedom Coalition raised concerns about her imprisonment and “the ongoing efforts by Chinese authorities to curtail media freedom.” The Coalition urged the Chinese authorities to immediately release Ms Zhang and “all those detained in connection with their reporting”.

Ren Quanniu was also hired by the family of Wong Wai-yin, one of 12 Hong Kong youths who were intercepted at sea when trying to flee to Taiwan in August 2020. However, he was denied the right to meet with Mr Wong, who was later sentenced to seven months in jail in December.

Another human rights lawyer involved in the case of the 12 youths, Lu Siwei, had his legal license revoked on 15 January 2021, two days after a hearing was held in Chengdu over his license. Police officers prevented and briefly detained several human rights defenders who intended to observe the hearing.

A group representing family members of the 12 Hong Kong youths said they believed the authorities’ decision to revoke the licenses of Lu Siwei and Ren Quanniu was “obviously revenge for their involvement” in the Hong Kong case. In a statement issued by the families, they claimed “For [Lu and Ren’s] daring to go against the powers that be, and persistence in upholding the rights of the twelve, the authorities have resorted to ending their professional career and cutting off their livelihoods.”

CSW’s Founder President Mervyn Thomas said: “CSW calls on the Chinese Communist Party to end reprisals against human rights lawyers like Ren Quanniu and Lu Siwei, including by revoking or refusing to renew their licenses to practice. The authorities must create an enabling environment for lawyers like Ren and Lu to defend the rights of minorities and human rights defenders in accordance with international standards. CSW also continues to call for the immediate and unconditional release of Zhang Zhan, the imprisoned Hong Kong youths, and all those detained for peacefully exercising their fundamental human rights.”