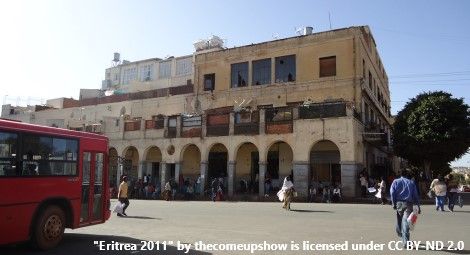 CSW has been informed that 70 Christians from evangelical and orthodox backgrounds were recently released from three prisons in Eritrea.

On 1 February, 21 female and 43 male prisoners were released from Mai Serwa and Adi Abeito prisons, close to the capital city, Asmara.  The prisoners had been held without charge or trial for periods of between two and 12 years.

On 27 January, six female prisoners who were detained in September 2020 in Dekemhare, south-east of Asmara, were also released. The women were arrested after worshipping in public as they were walking down a street, an event which was caught on camera and circulated via social media.

While the releases have been warmly welcomed, there is also speculation that they mark the latest effort by the Eritrean regime to distract international attention from the country’s active role in the ongoing war in Ethiopia’s Tigray region, where Eritrean troops have been accused of violence which may amount to crimes against humanity, war crimes and possibly genocide.

On 4 December 2020, the government released 24 Jehovah’s Witnesses, including the high-profile conscientious objectors Paulos Eyasu, Isaac Mogos and Negede Teklemariam, who had been held for 26 years, and whose cases were highlighted by the former UN Special Rapporteur on Eritrea in her final statement to the UN Third Committee in New York in October 2020.

The releases also coincide with reports that have emerged consistently since December 2020 of thousands of refugees being forcibly returned to Eritrea from two camps in Tigray, many of whom were allegedly detained. According to the UN High Commissioner for Refugees Filippo Grandi, approximately 20,000 refugees from Hitsat and Shimelba camps are currently missing. Neither camp is currently accessible; however, in January 2021 satellite imagery revealed that both had been extensively and deliberately destroyed.

Around 3,000 former residents of Shimelba and Hitsat have reportedly managed to reach Mai Aini, one of the two remaining camps for Eritrean refugees in Tigray. Citing eyewitnesses he met during a recent visit to Mai Aini, the High Commissioner said many refugees appear to have been “caught in crossfire, abducted and forced to return to Eritrea under duress by Eritrean forces.”

CSW’s Founder President Mervyn Thomas said: “CSW welcomes the release of these Christians in Eritrea, who were detained without charge or trial, and should never have been incarcerated. However, this good news must not obscure the Eritrean regime’s continued complicity in egregious violations of human rights, both within its own borders and now in Tigray. We call on the international community to press Eritrea for the immediate and unconditional release of all those detained arbitrarily on account of their religion or belief.  We also call for urgent action to arrest the unfolding crisis in Tigray, including by imposing arms embargoes on the warring parties, and sanctions on the leaders of Ethiopia and Eritrea, who bear ultimate responsibility for human rights violations that are allegedly being committed with impunity by their respective forces.”