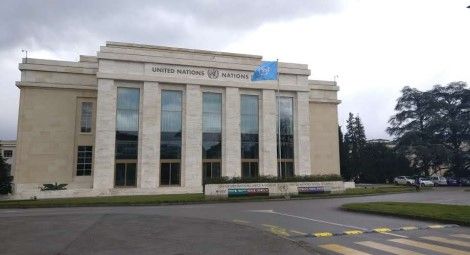 Oral Statement during Special Session of the Human Rights Council

The Human Rights Implications of the Crisis in Myanmar

CSW welcomes this Special Session on “the Human Rights Implications of the Crisis in Myanmar”.

We unequivocally condemn the military coup which overthrew Aung San Suu Kyi’s democratically elected civilian-led government on 1 February. We call for the immediate release of Aung San Suu Kyi, and other political leaders.

We also call for the immediate release of all those detained for peacefully exercising their rights during anti-coup protests. We are concerned that such protests have been met with increasingly violent force.

We urge the international community to do more to support protestors calls for the restoration of democracy, the release of political prisoners, and the establishment of a path to dialogue and reconciliation.

CSW further urges the international community to respond to the urgent appeal from the Joint Strategy Team, a group of local humanitarian NGOs working in Kachin and Shan States, who have called for safe and unimpeded humanitarian access for those assisting communities affected by armed conflicts in Kachin and northern Shan States as well as supporting the Covid-19 response. The military must remove blocks to humanitarian access in the ethnic states and the international community should provide immediate cross-border humanitarian aid to access those who cannot be reached from inside the country.

We call for the complete lifting of restrictions on telephone and internet communications and an end to the military’s presence on the streets.

Finally, we urge UN Member States to enforce targeted, robust sanctions against the military and their enterprises and a global arms embargo. The time for strong statements alone has passed; the time for action is now.