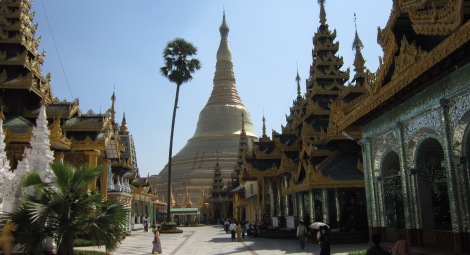 CSW is calling on European Foreign Ministers to consider robust steps to address the coup in Burma (Myanmar) at their meeting on 22 February, such as assembling a coalition of countries to implement arms embargoes on the Burmese regime and pushing for targeted sanctions on military companies and individuals under the EU Global Human Rights Sanctions Regime.

EU Foreign Ministers are due to attend a Foreign Affairs Council meeting at the Council of Europe on 22 February, chaired by the EU High Representative for Foreign Affairs and Security Policy, Josep Borrell. The situation in Burma following the military coup is on the agenda for discussion.

The Burmese military seized power in a coup on 1 February, following a general election which the National League for Democracy (NLD), led by Aung San Suu Kyi, won by a landslide. It declared a year-long state of emergency and put Aung San Suu Kyi and other civilian leaders under house arrest. Political power is now held by commander-in-chief of the Burmese army, Min Aung Hlaing.

In the days since the coup, there have been widespread anti-coup protests, with hundreds of thousands of people demanding the release of civilian leaders and a return to democracy. Police have responded to the marches, walk-outs and acts of civil disobedience with water cannon, rubber bullets and live ammunition.

In a statement published on 16 February, The UN Special Rapporteur on the situation of human rights in Myanmar, Tom Andrews, said: “Continued repression of the people of Myanmar's basic liberties and human rights must end immediately. I call on the international business community in particular to take immediate action. Urgently call your interlocutors in the State Administrative Council and stress to them that you will be forced to suspend or cease business in Myanmar if they continue down this violent path. Specifically stress to them that under the UN Guiding Principles on Business and Human Rights, businesses and investors should suspend or terminate activities with the Myanmar junta when the risk of involvement in serious human rights abuses can no longer be reasonably managed. I, and many others, would argue we have long passed that threshold. Please implore them to use restraint. Implore them to return power to the people of Myanmar.”

Benedict Rogers, CSW’s senior East Asia analyst and author of three books on Burma, said: “There is an urgent need for the international community to respond to the illegal overthrow of a democratically elected government and resulting human rights violations with robust, targeted action and not merely with words. It is time for the European Union to impose targeted sanctions against the Burmese military and their enterprises, while taking care to avoid measures that would hurt the people or the country. It is also vital that the EU lead the way in seeking a global arms embargo. The military regime will not respond to words, but they may respond to pressure, especially if their own interests are impacted, and so the time for such action is now.”