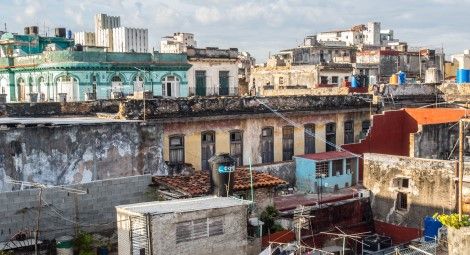 The Cuban government continues to routinely and systematically violate freedom of religion or belief (FoRB). All religious groups are targeted to varying degrees, usually tied to levels of perceived lack of support of or cooperation with the government. Unregistered groups are particularly vulnerable.

In recent years, changes made to Cuba’s constitution   were adopted following a referendum in February 2019. While the constitution sets out specific and basic guarantees regarding FoRB, these freedoms are limited by other provisions in the penal and administrative codes. The constitution also separates freedom of conscience from FoRB and makes it illegal to invoke conscientious objection with the ‘intention of evading compliance with the law.’

The Office of Religious Affairs

The majority of violations are perpetrated by the Office of Religious Affairs (ORA), which operates out of the Ministry of Justice but is a part of the Central Committee of the Cuban Communist Party (CCP). The ORA oversees the activities of all religious groups and associations on the island and maintains a consistently antagonistic relationship with these groups.

The ORA habitually denies or simply fails to respond to the requests of religious leaders to, for example, make essential repairs to their buildings of worship or to hold special events. It awards permits, including the right to invite visitors on a required religious visa, according to the inviting religious association’s perceived level of support for, or cooperation with, the government.

The ORA also routinely and arbitrarily denies religious groups’ applications for registration, which are required for them to operate legally. While all religious groups experience FoRB violations, unregistered groups are most vulnerable and suffer some of the most egregious violations, as their unregistered status means that their very existence, as well as anything they attempt to do as a religious group, is illegal.

Violations of FoRB in Cuba most often take the form of threats and harassment against religious leaders, as well as their congregations and families. Leaders are often visited by State Security agents with the sole intent of intimidating them and making them aware that the government has their activities under close surveillance.

Some church leaders are also regularly and arbitrarily summoned to local police stations, where they are interrogated and often threatened with imprisonment. From August to September 2019, Pastor Alain Toledano Valiente, a leader of the unregistered Apostolic Movement in Santiago de Cuba, received 17 separate police summons.

A number of religious leaders have also been declared ‘regulado’ (i.e. regulated), effectively subjecting them to an indefinite international travel ban, at various points over the past two years. Many human rights defenders and independent journalists reporting on FoRB issues have also been barred from leaving the island. In March 2020, the Cuban religious freedom organisation Instituto Patmos reported that 247 people currently held such status on the island.

The Ladies in White

The Ladies in White are a peaceful protest movement comprising the wives and other female relatives of jailed dissidents in Cuba. With the exception of a seven month pause in 2020 owing to the COVID-19 pandemic, every Sunday since 2010 members of the movement have dressed in white and attempted to attend Sunday Mass and then march peacefully in protest of the continued unjust incarceration of their loved ones.

Each week, members of the movement are arbitrarily detained to prevent them from attending Mass. These detentions are often violent, and the women are frequently threatened, fined and held without charge in poor or dangerous conditions sometimes for over a day.

Despite suspending their activities and participation in Sunday services in line with COVID-19 restrictions, members of the Ladies in White continued to face harsh treatment at the hands of State Security. Several were threatened and informed they were not allowed to leave their homes because there was no "truce" between the Ladies in White and the authorities. One woman was placed in a cell for four and a half hours before she was released and had to make her own way home.

In 2020, CSW received 203 documented violations of FoRB. While this number is lower than the 260 cases documented in 2019, this is not because of any government change in policy but rather the decision of the Ladies in White to halt their weekly attendance at Catholic Mass and protest march on Sundays for around seven months because of the pandemic.

Documented violations in 2020 included arbitrary detention, threats, harassment and surveillance of religious leaders and FoRB defenders; efforts by the government to block overseas humanitarian aid and the distribution of food by religious groups; defamation of religious leaders online; and the targeting of church properties with demolition, vandalism, and forced closure.

Prior to the outbreak of the COVID-19 pandemic in Cuba, the island was already experiencing chronic shortages of food, medicine, and hygiene supplies, as well as a weak medical infrastructure and rundown, overcrowded housing. The pandemic has made these problems more acute and churches have sought to be of assistance to struggling families and individuals. However, churches that have attempted to distribute food and other basic necessities to the population have experienced opposition from the government, ranging from the confiscation of food and other goods, to threats of accusations of the crime of ‘spreading disease.’

The authorities have also used COVID-19 restrictions as a pretext for targeting religious leaders. During the summer, an unregistered church which has long been targeted by the government held a church service in compliance with government rules for religious gatherings. On the same day, the church’s leader was detained and falsely accused of exceeding the number of individuals allowed in a religious service. He was taken to a maximum-security prison where he was held for five days and formally charged with ‘spreading the epidemic.’ During his detention, State Security officers threatened him with an eight-year prison sentence for having organised an ‘illegal’ church. The church leader refused to plead guilty and was put on trial on the fifth day of his detention. The judge ordered his release based on the evidence presented by the defence but issued an arbitrary fine of 2,000 Cuban pesos (approximately 75 USD).

CSW has noted an increase in cases involving the application of Decree Law 370, a law which effectively curtails freedom of expression on the internet in Cuba to guard against “disseminating information contrary to the common good, morals, decency, and integrity through public data transmission networks.”

On 22 April 2020 Cuban independent journalist Yoel Suárez was visited in his home by two State Security agents who questioned and threatened him with fines and the seizure of his work under Decree Law 370. Mr Suárez, 29, has worked with non-state media outlets in Cuba since 2014 and regularly covers human rights and FoRB issues in his work.

Mr Suárez’s family has also been threatened. During an interrogation in April 2020, a state security agent, ‘Captain Jorge’, informed Mr Suárez that he could lose custody of his infant son due to his political beliefs – for which he remains under an indefinite travel ban. In addition, Mr Suárez’s mother was summoned three times in 2020 and has been interrogated by state security agents on two occasions.

Throughout 2020, Mr Suárez received six police summons, including four issued during a national lockdown due to the COVID-19 pandemic. On one occasion, he was blindfolded and taken to an unknown location where he was detained and interrogated by two officers for an hour.

Demolition of the Assemblies of God church in Santiago de Cuba

On 30 October authorities in the city of Santiago de Cuba demolished an Assemblies of God church, led by Pastor Faustino (Fausto) Palomo Cabrera, in the city’s Abel Santamaria neighbourhood. The church had been under threat since 2015, and the demolition took place at approximately 7.30am.

During the demolition, prominent pastor Alain Toledano Valiente was tackled and detained by the police while filming the attack. He was held incommunicado for nine hours, alongside two other members of his church. The authorities also subsequently applied pressure on Pastor Palomo Cabrera to sign a document claiming the demolition was legal.

To the government of Cuba:

To the European Union and member states:

To the United Nations Human Rights Council and Member States: