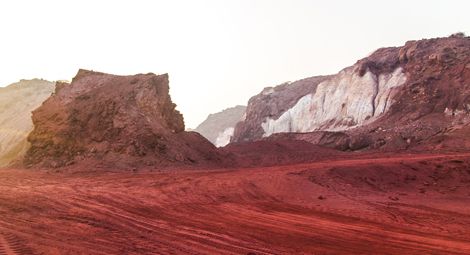 Since the 1979 revolution Iran’s religious and ethnic minorities have suffered human rights violations at the hands of successive governments. Although Iran is party to several international covenants protecting the right to freedom of religion or belief (FoRB), religious minorities are viewed with suspicion and treated as a threat to a theocratic system that imposes a strict interpretation of Shi’a Islam.

Christians, Baha’is, Sufi Dervishes and Sunni Muslims have been executed judicially and extra-judicially, tortured, imprisoned or generally harassed on account of their faith. The targeting of Muslim converts to Christianity has been escalating since 2009, often accompanied by anti-Christian rhetoric from senior officials. The officially unrecognised Baha’i community and the Dervishes have been increasingly targeted with hate speech. They face a raft of discriminatory and repressive policies, including with regard to access to education and burial sites.

President Rouhani, who came to office in August 2013 and was re-elected in May 2017, initially promised reform and was hailed as a moderate. However, political opposition members, human rights activists and journalists continue to be arrested and jailed on spurious grounds, and an electoral promise of equal rights for women is yet to be realised. Religious minorities continue to be targeted, with at least 545 people detained on account of their religion or belief.

In 2019 the Baha’i International Community reported that there were 97 Baha'is in prison on false charges related to their faith. Seven Baha’i national leaders whose arrests in 2008 and sentencing in 2010 for allegedly “disturbing national security,” “spreading propaganda against the regime,” and “engaging in espionage” provoked an international outcry were released following completion of their sentences, which were reduced from 20 years to 10 years.

Any gathering of Christians, including social gatherings such as birthday or engagement parties, is treated as potential house church activity, and is subject to raids. Anti-Baha’i and anti-Semitic rhetoric is widely used by the clerical establishment, despite  a decline in the use of anti-Semitic narratives by government officials following the 2014 nuclear deal between Iran and the P5+1 countries (China, France, Russia, the United States, the United Kingdom and Germany), later abrogated by the Trump administration.

Christians continue to experience arbitrary arrest. Church of Iran members Mr Babak Hosseinzadeh and Mr Behnam Akhlagh were arrested whilst attending a church service on Saturday 23 February 2019. Mr Mehdi Khatibi was arrested the same day, following a summons from the secret police. Earlier, Pastor Matthias Haghnejad of the Church of Iran was arrested after a church service on 10 February 2019. Two other Christians, Hossein Kadivar and Khalil Dehghanpour, were arrested in Rasht on 29 January 2019.

Christians also continue to face excessive jail terms after being convicted on spurious national security-related charges. On 24 July 2018, Mohammadreza Omidi and Saheb Fadaie from the Church of Iran denomination were arrested, along with Yasser Mossayebzadeh (a member of the same church) who was arrested on the following day, having been sentenced earlier to ten years in prison each for ‘acting against national security’. During a final appeal hearing presiding judges asked Mr Fadaie to renounce his faith. The leader of the church, Yousef Nadarkhani, and Mr Omidi were also each sentenced to two years of internal exile. On 22 July 2018 Pastor Nadarkhani was arrested and taken to serve his sentence following a violent raid on his home involving the use of electric batons.

These cases form part of a series of excessive sentences handed down to Christians by the notorious Judge Mashallah Ahmadzadeh of the 26th Branch of the Islamic Revolutionary Court in Tehran based on unfounded national security-related charges.

In a response to concerns raised by UN experts regarding Iran’s “continued systematic persecution” of Christians, the government retorted that it had taken legal action against members of “enemy groups” and “private churches” that belong to a “Zionist Christian cult” with “anti-security purposes.”

Iran remains one of the few countries to execute minors, homosexuals and women claiming self-defence against rapists. Most victims are hanged, often in public. A large proportion of those executed are members of minority religious or ethnic groups, particularly Sunni Muslims and Kurds. Political opponents are often accused of being foreign agents or spies, while many from ethnic and religious minority communities face trial on drug-related charges. Many are executed after trials that fall short of international fair trial standards.

In June 2020 CSW sources reported that four Iranian Christians had been instructed by the authorities to present themselves at Evin prison in Tehran to begin serving five-year sentences. The four Christians were arrested by members of the Islamic Revolutionary Guard in early 2019 during a series of police raids on house churches in Rasht. Five other Christians who were arrested at the same time had already begun serving their sentences, including Pastor Matthias Haghnejad.

Also in June 2020, Pastor Yousef Nadarkhani, along with Deacon Saheb Fadaie who was convicted with him, finally received a verdict in their appeal. Both men each had their ten-year prison sentences reduced to six years. In November 2020 the UN Working Group on Arbitrary Detention ruled that Pastor Nadarkhani’s detention was arbitrary, urging Iran to “to take the steps necessary to remedy the situation of Mr. Nadarkhani without delay and bring it into conformity with the relevant international norms.”

Church member Mohammadreza Omidi (Yuhan), who was initially serving a ten-year sentence along with the other two men, received a sentence of 24 months on appeal. He was expected to be released in July 2020, but this was delayed until 18 August. Mr Omidi was subsequently informed that he would have to serve 21 months in internal exile in Borazjan in the south of the country, which he began in September 2020. In October, he received a summons from the authorities in his home city of Rasht to travel back at his own expense to receive eighty lashes for drinking wine as part of Holy Communion. Mr Omidi went to the local authorities in Borazjan to seek permission to travel back to Rasht to receive his lashes, but they carried out the lashing there. His wife and daughter have since joined him in Borzajan.

On 15 November 2020 Deacon Fadaie was also given 80 lashes at the Shahid Moghadas Court near Evin Prison for the same offence as Mr Omidi.

In August 2020, CSW learned that Yasser Mossayebzadeh, the fourth man arrested alongside Pastor Nadarkhani, Mr Fadaie and Mr Omidi, had been granted temporary furlough from Evin prison due to fears of the spread of COVID-19 in Iran’s over-crowded prisons. Upon his return to prison, Mr Mossayebzadeh was one of twelve prisoners in Ward 8 of Evin prison to test positive for COVID-19. Mr Mossayebzadeh has since been released conditionally.

Mr Mossayebzadeh was one of an estimated 54,000 prisoners released by the government in an attempt to contain the COVID-19 pandemic inside the country's overcrowded prisons. Many of those released were granted temporary furlough, whilst others were granted a full release. Some sources report that up to 85,000 prisoners may have been released.

Among those released were Fatemeh Bakhteri (Aylar), a Christian convert who was serving a one-year sentence on charges of “spreading propaganda against the regime,” as well as two Christians from the northern city of Karaj, Pastor Amin Khaki and Rokhsare Ghanbari (Mahrokh). However, Pastor Yousef Nadarkhani and Deacon Saheb Fadaie, as well as many other religious and political prisoners, remain imprisoned.

A large number of prisoners of conscience are in Evin Prison in Tehran, where conditions are overcrowded and unsanitary. By August 2020 at least 25 people in the prison had contracted the virus, and on 10 August several political prisoners staged a sit-in to protest the unsatisfactory conditions, inadequate protection measures and lack of medical care in the prison.

In August 2020 Pastor Victor Bet-Tamraz and his wife Shamiram Isavi were informed that they had lost their final appeal and were summoned to begin their prison sentences of ten and five years respectively. The pastor and his wife, who had been released on bail at the time were convicted of national security-related crimes for what many consider to be normal church activities. Pastor Bet-Tamraz was charged with ‘conducting evangelism’ and ‘illegal house church activities,’ while Shamiram Isavi was charged with ‘membership of a group with the purpose of disrupting national security’ and ‘gathering and colluding to commit crimes against national security’.

The couple had been summoned to attend several appeal hearings which were cancelled by the authorities for a variety of reasons. One hearing, scheduled for 1 June was cancelled with no reason given. A few weeks later, the couple fled Iran to a European country. Their son Ramiel, who was released from Evin prison due to a COVID-19 outbreak on 27 February, remains in the country. He had been serving a four-month sentence after being arrested while at a picnic with four other Christians, and his release came days before the end of his sentence.

In May 2020 three sites belonging to religious minority communities were set on fire within days of each other:

On 14 May, the Tomb of Esther & Mordechai, a Jewish holy site in the city of Hamdan, was set ablaze overnight.  Information subsequently emerged that an individual had been seen throwing an object at the site.  The attack coincided with the date of the creation of the state of Israel in 1948, and there were subsequent unconfirmed threats to demolish the building and convert it into a Palestinian mission.

On 16 May footage emerged of Bot Goran, a Hindu temple in the port city of Bandar Abbas, suffered extensive damage in a fire.  Iranian officials reportedly attributed the blaze to ‘religious artefacts catching alight’.

On 17 May a Christian cemetery in Eslamshahr was set ablaze. The governor of Eslamshahr subsequently attributed the fire to a guard who was burning grass.

To the government of Iran: