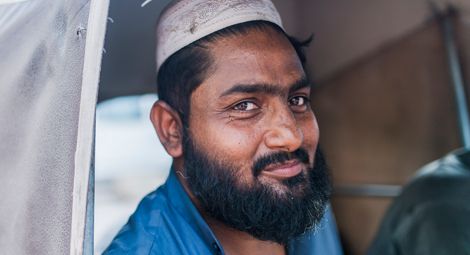 Freedom of religion or belief (FoRB) continues to be eroded in Pakistan. The increased weaponisation and politicisation of the blasphemy laws, hate speech by extremist Muslim clerics and Islamist groups, radicalisation through biased education, and abduction, forced conversion and forced marriage are several factors which contribute to widespread religious intolerance. Recent years have also seen increased sectarian violence and targeted attacks on religious minorities.

Pakistan’s blasphemy laws criminalise anyone who insults Islam, including by outraging religious feeling (Section 295(A)), defiling the Qur’an (295(B)), and defiling the name of the Prophet Mohammed (295(C)), which carries the death penalty or life imprisonment. Bail is not a right, but is granted at the discretion of the court. The law itself is poorly defined and has low standards for evidence, as it does not require specific proof of intent to commit blasphemy; as a result spurious accusations are common. It is clear that the blasphemy laws are not a deterrent and are indiscriminately used as a weapon of revenge against both Muslims and non-Muslims to settle personal scores or to resolve disputes over money, property or business. Blasphemy accusations can also have an impact beyond that on the accused, and often trigger mass violence against minority communities.

Religious minorities face multifaceted discrimination which permeates all aspects of society, from education to employment. Discrimination against the Christian community is deeply rooted and historic. The legacy of the caste system means that Christians continue to face endemic discrimination and are often perceived as unclean by the Muslim majority, who describe them using derogatory terms such as ‘chura’ or ‘kafir,’ which means infidel. Christians are perceived to be sympathetic to the ‘West’ and are targeted by Islamist groups as a result. A large proportion of the Christian community comes from lower socio-economic backgrounds, is poorly educated, and takes up low-paid manual labour such as in brick kilns or the sanitation sector.

The Shi’a Hazara community have increasingly experienced sectarian violence. The Shi’a Hazara, whose members mostly live in Quetta, where regular attacks take place, have a distinct religious, linguistic and ethnic identity which makes them easily identifiable and therefore more vulnerable. On 12 April 2019 the community suffered an attack when a bomb exploded inside the Hazar Ganji, a fruit and vegetable market on the outskirts of Quetta. At least 24 people were killed and almost 50 injured.

Since the mass exodus of Hindus during Partition in 1947 there has been a further decline in numbers, with many migrating to India due to the rise in discrimination and religious polarisation. The majority of Hindus belong to the working class, live in poverty, are poorly educated and work as bonded, forced or landless labourers. Many come from the scheduled and lower castes, and as a result face deep rooted marginalisation. Hindus are continually reminded that Partition supposedly created Pakistan as a separate state for Muslims.

The Ahmadiyya community is the most widely institutionally and constitutionally persecuted religious group in Pakistan. Persistent and systematic structural discrimination, as well as targeted physical violence, affects their economic, social and employment status, political life and educational activities. A 1974 constitutional amendment declared persons not believing in the finality of the Prophet Mohammed to be non-Muslims, thereby making the propagation and practice of Ahmadi religious beliefs punishable by law. In 1984 the promulgation of Ordinance XX (20) and addition of Sections 298(B) and 298(C) to the penal code categorised Ahmadiyya as ‘non-Muslims’ and imposed further restrictions on the community.

Cases of abduction, forced marriage and forced conversion of Christian and Hindu girls have also increased in recent years, particularly in Punjab and Sindh. Girls from ‘low’ caste Hindu communities are particularly at risk. Many of those kidnapped are forcibly converted to Islam and married off to their abductors. Perpetrators are emboldened by a culture of impunity, and victims and their families are often intimidated by abductors and their relatives. As a result, crimes are often unreported and figures underestimated. The failure of law enforcement officials to carry out proper investigations further impedes justice. The Aurat Foundation estimates that 1,000 Christian and Hindu girls are abducted and forced to marry and convert annually.

Despite educational reforms by the government, as well as national and international investments in education, schools still follow a biased education system. The current curricula and official textbooks are insensitive to Pakistan’s religious diversity and promote intolerance between majority and minority faiths. Books contain factual and historical inaccuracies and omissions and exclude the contributions of religious minority heroes. Some also include biased and derogatory language towards religious minorities. Religious minority students endure physical and psychological abuse from teachers and classmates, including beatings and bullying. Muslim students who memorise the Qur’an get 20 extra marks towards admission applications for higher education, employment and professional studies. Non-Muslims are often reluctant to opt to study ethics because this identifies them as a religious minority and increases discrimination.

Those who defend human rights are also at risk. At the beginning of 2017 four campaigners for human rights and religious freedom – Waqas Goraya, Asim Saeed, Salman Haider, and Ahmed Raza Naseer – were abducted. After a swell of national and international pressure, they were released two weeks later with no explanation. Lawyers defending blasphemy-related or other sensitive cases relating to minority issues frequently face intimidation and threats of violence, and in some cases extra-judicial killings. Judges have been physically attacked and threatened with torture, even during court hearings. Many are afraid to hear prominent minority cases for fear of reprisal, resulting in a slow progress in these cases. In the last three cycles of the United Nations Universal Periodic Review (UPR), Pakistan accepted multiple recommendations to improve the situation for HRDs.

2020 saw a series of killings of Ahmadi Muslims in Pakistan. On 5 October, Professor Naeemuddin Khattak, 56, was shot dead by two unidentified men on a motorcycle  as he was returning home after delivering lectures at the Superior College Peshawar.

On 20 November, Ahmadi doctor Tahir Mahmood, 31, was murdered in front of his family at his home in Murch Balochan, Nankana Sahib District, Punjab. Local sources report that a teenage male opened fire with a pistol as a family member opened the door. Dr Mahmood was killed instantly. Several of his family members were also shot and injured. CSW knows of at least three further incidents in which Ahmadis were killed in 2020.

Christians have also been killed. On 4 June 2020 Pakistani Christian Nadeem Joseph and his mother-in-law Elizabeth Masih were shot several times in their new home, just days after the family moved into TV Colony, Peshawar. Mr Joseph succumbed to his injuries on 29 June despite undergoing surgery five times. Mr Joseph’s attackers, identified as Salman Khan and his sons, reportedly became unhappy when they found out that the Christian family had moved in to their neighbourhood and began a campaign of daily harassment and threats against the family.

Many individuals remain imprisoned or on death row on blasphemy charges. On 8 September 2020 Asif Pervaiz, a Christian man accused of sending a blasphemous text message on 25 September 2013 was sentenced to death in a ruling by the Additional Sessions Court in Lahore. Mr Pervaiz, a father of four, had been in prison since 10 October 2013 awaiting his sentence.

2020 saw several high-profile cases of abduction, forced marriage, and forced conversion. On 28 April, 14-year-old Christian girl Maira Shabhaz was abducted at gun point while she was on her way home. She was then forcibly married to Mohamad Nakash, an influential businessman, who was already married.

While a court of first instance ruled that Ms Shabhaz should be removed from the home of Mr Nakash and instead be placed in a women’s shelter home, on 4 August the Lahore High Court overturned the decision and ruled in favour of her abductor. Ms Shabhaz was ordered to be returned to her abductor and “be a good wife.” She escaped in September.

On 13 October, 13-year-old Christian girl Arzoo Raja was kidnapped from the street outside her home in Karachi Railway Colony, Sindh Province. On 15 October, her parents were asked to present themselves at the police station where a marriage certificate was produced falsely stating that Ms Raja was 18 years old, had willingly converted to Islam and consented to marry Ali Azhar, 44, who is believed to be her abductor. On 27 October a sessions court in Karachi ruled that Ms Raja had contracted the marriage of “her own free will and accord without duress and fear,” and neglected to return her to her parents.

To the government of Pakistan