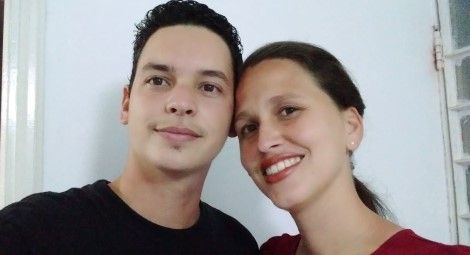 The wife of a Cuban journalist who has been targeted by the government because of his work covering human rights issues, including freedom of religion or belief, was abruptly summoned by Cuban State Security on 1 March. Maria Antonieta Colunga Olivera was given three hours’ notice to report to the Immigration Police Station in Nuevo Vedado, where she was interrogated about the work of her husband, Yoel “Yoe” Suarez.

According to Mrs Colunga Olivera, a state security officer hand delivered a police summons at around 10.30am. He told her that it was for the same day, despite the fact that the printed copy indicated that the citation was for 29 March. She decided she would go immediately, given that the location is 9km from where she lives and because reliable transport is scarce in Cuba.

Once at the station, two state security officers informed Mrs Colunga Olivera that they wanted to have a conversation with her about her husband’s work. Mrs Colunga Olivera responded that she was there involuntarily, noting that the summons indicated she could be fined if she did not comply, and that as such this was not a conversation, but an interrogation, and that “whatever they needed to know about my husband, his journalistic work and anything else, it seemed wiser to ask him, that I would only answer questions related to me.”

The interrogation lasted around 30 minutes, during which the officers asked about her work for the Catholic aid organisation Caritas. They repeatedly asked if she thought her husband’s work as an independent journalist could affect her work or her employer. Mrs Colunga Olivera declined to answer questions related to her family, including specific questions about the health of her mother.

In a statement posted on her Facebook page, Mrs Colunga Olivera said: “They repeated the stated objective of the meeting more than once: that as a wife I could “help” my husband, influence him, advise him to reevaluate his professional practice and not continue down that path. More than once, I made it perfectly clear to them that I greatly admire Yoe as a professional and that I would in no way interfere with his work, except to support him. Aside from the awkwardness of a situation like this, I did not feel bad, nervous or cornered; and I do not say this as a compliment to the security officers’ façade of kindness... maybe I just want to highlight this to calm the friends and family who will read this, and a little also so as not to overlook the serenity and peace that God has instilled in me, because even in the bleakest moments there are things for which to give thanks.”

CSW’s Head of Advocacy Anna-Lee Stangl said: “The Cuban authorities not only forced Maria Antonieta to travel across the city in the middle of a pandemic and subjected her to intrusive questions about her work and family, but they made not so subtle threats about the impact of her husband’s work on her own professional career and place of work. This is also not the first time Yoe’s female relatives have been targeted, his mother has also been summoned on two occasions, where she has been threatened and interrogated. It is despicable that the Cuban government would go after his close family members in this way, and to even go so far as to try to coerce or coopt them into working with them to try to stop him from carrying out his work. We stand with Maria Antonieta and Yoe, commending them for their integrity and commitment to the truth, and we call on the Cuban government to immediately stop its harassment of this family.”