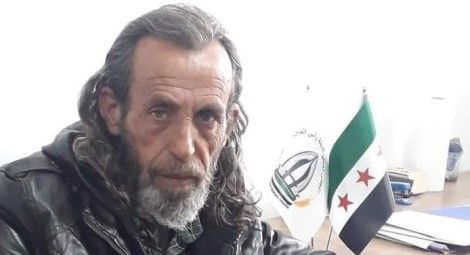 Christians among those detained by Islamist groups

CSW has learned that the self-named Syrian National Army detained five men, at least two of whom are Christians, in the town of Rass Al-Ein, near Hassaka in Northeast Syria, last week.

The five men were attending a dinner invitation in a home in Dwera village when a force belonging to the “Sultan Shah Brigade” stormed the house and detained them. Naeem Malki, a prominent local activist who took part in the pro-democracy uprising of 2011, was among those taken, as was his uncle.

The men were beaten and accused of gambling before being taken to the police station in Rass Al-Ein for interrogation. This occurred after one of the Islamist militia discovered the identity document of a person belonging to the Syrian Democratic Forces (SDF), a militia protecting the Self-Administration of North and Northeast Syria, which opposes Turkey’s presence in the country. The men have remained in detention since that time.

The “Syrian National Army” is a coalition of different Islamist armed groups loyal to Turkey which functions under direct Turkish command. It was formed in December 2017 and has engaged in conflicts in Libya and the South Caucasus.

In October 2019, the Turkish army and its proxy, the Syrian National Army, invaded northeast Syria following a sudden American withdrawal. Tens of thousands of civilians lost their homes and were displaced inside Syria or became refugees in neighbouring Iraq. Following the invasion, the strict Islamist rules imposed on the religiously diverse community by the occupying forces caused more civilians to leave the area.

CSW’s Founder President Mervyn Thomas said: “CSW continues to call on the Turkish authorities to ensure international humanitarian and human rights law are respected in areas under their control in northern Syria. The international community, and specifically the EU for which Turkey has been a long-term candidate, must urge Turkey to restrain the various Islamist militia groups functioning under its command and to seek an end to armed conflict and human rights violations in the region. As Syria enters the 10th year of a devastating civil war, we concur with the UN Special Envoy’s recent contention that the international community, Security Council and international system have failed Syrian civilians, and urge all parties to galvanise efforts towards the conclusion of an inclusive constitution, national reconciliation, the return of occupied territory, and peace with justice.”

1.       CSW visited Bardarash Camp in Iraq’s Nineveh Plain in December 2019 and met with displaced Syrian civilians. Click here to read a report of the visit.